Home » Statement of Assembly of the Poor 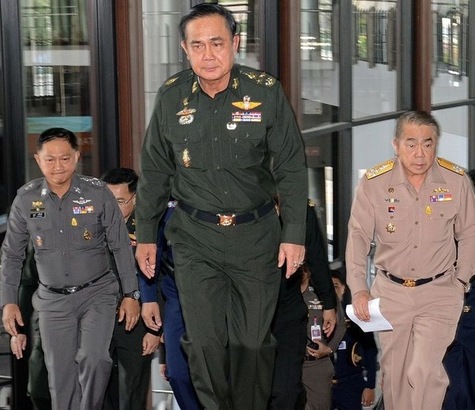 (Thailand, May 22, 2014) The Thai Army committed unacceptable act of coup d’état, ending the caretaker cabinet and annulling the 2007 constitution on 22 May 2014. Such thoughtless act will only take the country backward to military dictatorship regime. The coup d’état will never solve the ongoing political crises. The coup d’état maker only destroys the possibility of democratic effort toward the genuine solution and violates Thai people’s civil rights through the control and shutdown of media and criminalization of political assembly and expression.

We, Assembly of the Poor, strongly condemn and resist the coup d’état. We demand the military junta to immediately return the sovereignty to Thai people immediately.

We stand in solidarity with brothers and sisters who struggle non-violently to bring peace, democracy and freedom back to our country.

Sovereignty belongs to the People.