Home » The World in Crisis: Synthesis of the First Working Day of the World Meeting of Popular Movements 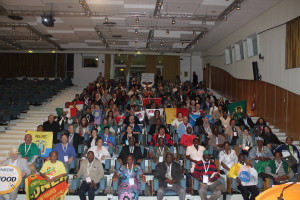 Inspired by the contributions of the Italian political activist Antonio Gramsci, on the basis of a pessimistic analysis and an optimistic approach to action, we made the following observations: