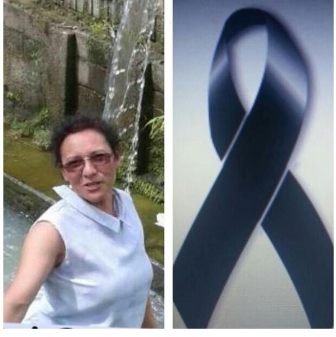 Statement from the Cloc-Via Campesina Honduras in response to the assassination of Lesbia Yaneth Urquía, member of COPINH

(Tegucigalpa, June 7th, 2016) It is with great sadness that the Cloc-Via Campesina Honduras informs the national and international community of the assassination of our sister and comrade Lesbia Yaneth Urquía of the municipality of Marcala, La Paz, who was 49 years old, a member of COPINH, and the mother of two daughters and a son.

The Civic Council of Popular and Indigenous Organisations of Honduras (COPINH) has published the following statement:

Lesbia Yaneth was an outstanding community leader whose ties to COPINH date from the time of the protests against the 2009 coup d’état. She was active in the defence of natural resources and indigenous rights, in opposition to the construction of the hydro-electric dam Aurora I in the municipality of San José, La Paz – a project to which Gladys Aurora López, the president of the National Party (Partido Nacional) and vice-president of the National Congress, is directly linked.

Lesbia Yaneth was an ardent defender of the rights of the communities and an opponent of the granting of concessions and the privatisation of the rivers in the La Paz department.

There are grounds for suspicion in the fact that the assassination of Lesbia Yaneth took place in the context of the Honduran government’s so-called “consultation” process on its draft law to regulate the mechanism of Free, Prior, and Informed Consent, to which we indigenous communities are legally entitled, both by virtue of our history and according to the provisions of Covenant 169 of the International Labour Organisation (ILO). The meetings at which the government was seeking to advance its draft law were conducted in the municipality of Marcala on July 4th and 5th.

This assassination has taken place four months and four days after the assassination of our sister and leader, Berta Isabel Cáceres Flores. For us, as members of COPINH, it is confirmation that a plan has been set into motion to do away with those who are defending nature and the commons.

The death of Lesbia Yaneth constitutes an act of political feminicide, an attempt to silence the voices of women who are boldly and courageously defending their rights, in opposition to the patriarchal, racist, and capitalist system that is moving ever closer to the destruction of our planet.

We hold the following persons and institutions directly responsible for this assassination: The government of Honduras under the presidency of Juan Orlando Hernández; the military and police forces, all of the governmental institutions that are supposed to provide protection for human rights defenders and to ensure respect for nature and the commons; and additionally, Ms. Gladys Aurora López and her husband Arnold Castro, who have been a permanent source of threats and conflicts deriving from the hydro-electric construction projects in the La Paz department.

COPINH demands that there be an immediate end to the assassination of its members. It insists that those who are guilty of the assassinations of Lesbia Yaneth and Berta Cáceres be brought to justice. There must be no impunity for these crimes.

We stand beside the family of our sister and comrade in their deep sorrow.