Home » WTO spreads hunger, Do not let G4 decide for the world!

We, the undersigning organizations, have met in Berlin from June the 15th to the 17th for the Pre-conference of civil society and non-governmental organisations on Sustainable Rural Development and to participate in the following days in the Rural Forum organized by the European Union. The trade ministers of the G4, the four main powers at World Trade Organization (European Union, United States, Brazil and India) will meet next week in Potsdam, Germany, from the 19th to the 23rd June to try to achieve a breakthrough in the World Trade Organization negociations. 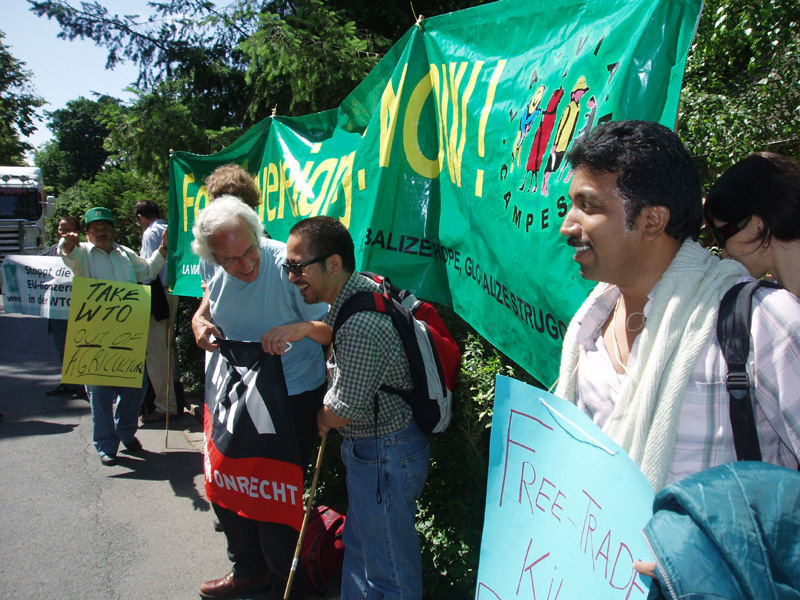 Action of la Via Campesina and German activists in front of the venue of G4 in Potsdam, June the 19th

The undersigning organizations denounce the illegitimacy of G4. Indeed the great majority of the countries member of the WTO are excluded from negotiations which could have dramatic impacts on their economies and societies. Moreover, we warn that a breakthrough in the current Doha Round negociations would have catastrophic consequences for poor people, particularly in the rural areas. Since the WTO summit in Cancun in September 2003, the Doha Round has been blocked  by  worldwide growing protest against trade liberalization and because many developping countries have opposed an agressive agreement pushed by the EU and the US. Yet four countries now  try to impose to the rest of the world an agreement in order to go further into trade liberalization and market opening. Such an agreement would have catastrophic impacts on rural development. Free-trade and privatization are not in the interest of the poor. 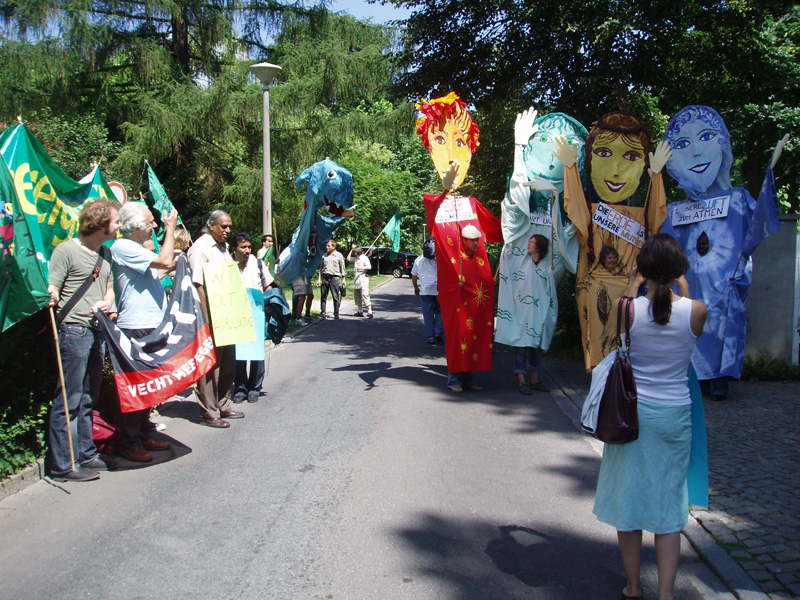 Increasing competition in agricultural markets marginalizes the great majority of small scale producers. Transforming agrarian resources into commodities allows corporations to take over the land, the water, the seeds and the knowledges at the expenses of rural communities.

We call for mobilisation on Tuesday the 19th of June at 12:00 in Potsdam in front of Schlosshotel Cecilienhof where the G4 is meeting.
In Berlin, 18th of June 2007