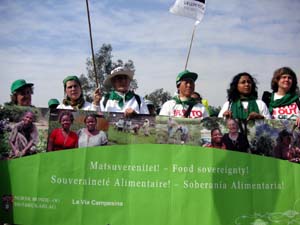 Women dressed in white shirt written “WTO out of Agriculture” waving the green La Via Campesina flag, while in the front of the rally is the Korean women with their traditional drum. Many of men delegation following todays rally.

Before the rally start, in the morning La Via Campesina women delegation has made their declaration. 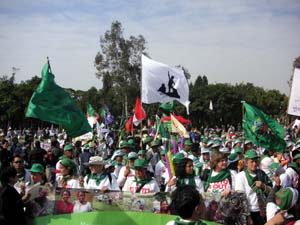