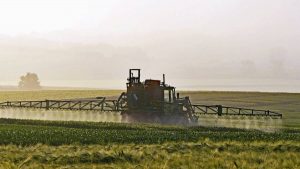 Solutions to the problems facing agriculture today need to go beyond organic. They need to be oriented toward food sovereignty.

A recent investigative report by Radio-Canada’s La Semaine Verte revealed just how blatantly global corporate interests are appropriating organic agriculture. It seems that just a few years ago the cultural practices associated with ecological farming were the isolated domain of a relative few (“a bunch of hippies,” to paraphrase the report). But faced with this current developments, it seems clear that the industrialization of organic agriculture, now being taken up by capitalist enterprise, will only continue to drive the food system toward the precipice of unsustainability.

The relatively sudden infatuation with organic products has created a niche market that is ready to cater to the desires of consumers willing to pay top dollar for foods that haven’t been subjected to chemical sprays and other inputs. This ‘niche’ in fact, has proven itself to be the source of considerable profits, contributing to a lucrative market that has been valued at more than $90 billion USD. As such, the giants of agri-business have fully jumped on the bandwagon, applying the industrial agricultural model to organic farming. Perhaps not coincidentally, in Quebec, the government’s new agri-food policy is aiming to double the production of organics by 2025.

From an environmental standpoint, it certainly seems preferable to have agricultural practices that are increasingly geared toward organic production principles, given that this will see more crops grown without the use of chemical pesticides and fertilizers, while simultaneously reducing the use of fossil fuels. And, sure, if the sustainability of a system were to be solely defined by its environmental aspects, then why not celebrate the fact that industry is getting its hands into this kind of agriculture? Well, as far as we within Union Paysanne are concerned, the catch is that this trend, in very real terms, is leading to the concentration of agri-business in yet another link of the food chain, only deepening people’s dependence on the capitalist food system.

To elaborate, it’s important to note that industrial agriculture is very much centred on economies of scale—Which means seeking out the largest production areas and volumes so as to reduce costs and increase profits. The results of this focus on economies of scale are perfectly illustrated by monocultures: systems completely lacking in diversity and other ecological benefits (and which are already evident in the world of organic agriculture). In this quest for profit, agri-business doesn’t hesitate to produce wherever production costs are cheapest, and this typically means wherever cheap labour can be found. As a result, spaces of production tend to be increasingly centralized geographically. However, not only does this dynamic lead to the exploitation of farm workers; it also makes consumers dependent on food imports and the consequences of the free-market policies that are seeing commodities shipped around the world while we burn fossil fuels without second thought. Under these conditions, the purchasing of organic foods—which was once inherently tied to local consumption—can in fact have nothing to do with supporting nearby markets. And it is these local markets that Union Paysanne wants to see multiplied exponentially.

The report by La Semaine Verte also did an excellent job of illustrating the fact that agricultural lands are being rapidly snatched up by an ever-dwindling number of farms. This trend, which is showing no signs of slowing, is seeing small-scale farmers disappear, having been forced to compete with well-resourced businesses and ultimately surrender their farms to corporate interests. Those who were once able to make a decent living from small-scale agriculture are now compelled to either sell their labour to agri-business or join the steady stream of migrants to cities—further eroding rural communities and adding to urban population pressures. These issues come into stark relief when one considers that since the middle of the 20th century the number of farms in Quebec dropped by 80 percent.

In search of an alternative

As strong as the Semaine Verte report was in exposing the problems associated with the industrialization of the organic sector, it left little room for a discussion of solutions. Nevertheless, even though these circumstances can generally make one feel cynical and unable to affect change as an individual, global movements like La Vía Campesina have been demonstrating for years that there is an alternative.

Fundamentally, the main problem with the industrialization of organic agriculture has to do with the underlying notion that, under the neoliberal order, the flow of agricultural products is the purview of a global economic elite, with effective distribution relying on the free circulation of international trade (which is why it is essential to eliminate any barriers, such as trade tariffs, that would impede the flow of commodities entering into foreign markets). In other words, this assumption is in direct confrontation with the concept of food sovereignty, for which La Vía Campesina has been advocating since 1996:

Food Sovereignty offers itself as a process of building social movements and empowering peoples to organize their societies in ways that transcend the neoliberal vision of a world of commodities, markets and [self-interested] economic actors. (European Coordination, Vía Campesina)

This is a movement that aims to achieve localized food systems that are organized based on the needs of communities.

Agroecology: an engine of social transformation

Faced with the industrialization of organics, the well-being of both people and the environment are at risk. With this being the case, Union Paysanne is advocating for food sovereignty as a key response to the predatory aspects of globalization that we are seeing worldwide. Furthermore, we are arguing that food sovereignty will only be achieved through peasant-based agroecology, which is to say by ecological farming practices that are derived from traditional and Indigenous knowledge, and by the kind of political education that will allow communities to defend themselves against agribusiness.

Thus, the practice of agroecology is supported by horizontal knowledge-sharing between peasants (or farmers), and it is applied based on the given realities of what is taking place on a given farm. A fully functioning agroecological system (whether it is cultivated or not) is based on biological diversity, integrating plants, trees and animals in the same place—In short, a polyculture. In the long term, agroecology aims to reduce people’s dependence on external inputs, contributing to the autonomy of families and communities producing food. At the same time, the goal is to reduce communities’ dependence on imported products by fostering localized distribution networks. And, even more ambitiously, agroecology is proposed as a way through which farmers and non-farmers will become linked in a way that they are not today—through the collective creation of food systems that are just and environmentally sustainable. Agroecology is the tool that will bring about food sovereignty.

What’s more, agroecology simply cannot co-exist alongside industrial agriculture. It cannot be seen as a marginal trend running in parallel with the dominant model. In fact, it is the only real, or even desirable, alternative. However, agroecology is not going to come into being without the support of a broader movement that is rising up for social, political and economic justice. In a sense then, it calls for the intersecting of a wide diversity of struggles.

But where is the next generation of farmers?

We also want to draw attention to the glaring problem, both within Quebec and elsewhere, concerning the serious shortage of people wanting to farm. The challenge is not just to replace conventional producers with others—to figure out who is going to take over this conventional soy crop or that massive field of corn. No, the next generation of farmers should not simply be reproducing the system we already have and perpetuating the problems of industrial agriculture for future generations. These farmers must have a place within a newly emerging model of production—the agroecological model. These farmers will be those who believe that truly sustainable agricultural methods are possible. And, accordingly, these farmers will demand a radically different social context, featuring policy incentives that align with society’s aspirations for a more just world.

When we talk about ‘responsible’ or ‘ethical’ consumption, we are increasingly referring to local or fair trade products. This ‘solution,’ which calls on our good faith, is troubling, as it is incredibly limited: Only people who have the means can help solve the problems being targeted. Thus, when it comes to ecologically grown foods, while it may seem like anyone could choose this route of responsible consumption, the reality is that these foods are only economically or physically accessible to certain people. As a result, in a world where we can supposedly ‘vote with our dollars’ or ‘vote with our forks,’ those who are socio-economically disadvantaged simply do not get a ballot. They can neither access the foods that are better for their health, nor can they adopt consumption habits that will contribute to the well-being of both farmers and the environment. In this light, a food system driven by industrial agriculture, and the development of new market niches based on consumers’ spending habits, is simply discriminatory. And, while these observations can be made about all goods produced under capitalism, it seems particularly offensive that this logic is applied to something as fundamental as food.

If the only way for this impasse to be resolved will be to wait for competition between multinational businesses to drive down food prices, this will seem to be a serious win to some, but it will be to the detriment of small-scale farmers and peasants that have been weakened, strangled by corporate interests. This is because all of the other problems associated with industrial agriculture would only be exacerbated in this race to produce cheap but ‘sustainable’ food.

Food is an inalienable right. It’s clear that governments need to put in place policies that will allow for the proliferation of localized markets that offer ecologically produced foods at an affordable price for everyone. The best way to do this seems to be through the introduction of universal basic income guarantee, which would support both consumers and farmers. And this leap toward food sovereignty will only be attained through the advancement of agroecology, a model for the transformation of society itself.

By Gabriel Leblanc, coordinator of Union Paysanne’s international committee, with contributions from members of the committee. Translation from French by Bryan Dale.