Home » VII Conference: The global struggle of the local peasant 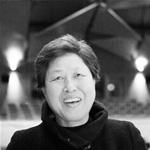 Put together, Asia, Africa and Latin America accommodate more than 88 percent of the world’s population. A predominantly high number of people in these regions depend on farms, forests and fishing for their livelihoods.

Peasants of these regions are the inheritors of an agricultural system that was developed over the last 20,000 years. It is a system that has stood the test of times, continues to feed the world’s population and is hinged on a philosophy that puts mother nature right at the centre of it.

Today, peasants (and for the ease of argument I include indigenous people, migrant workers, rural workers, pastoralists and fishing communities in this term), feed approximately 70 percent of the world’s population (pdf). The food that you will find on your plates is the results of hard work put in by several million farming families, including mine, tilling on small tracts of land year round. It is tough work. For peasant women like me, it is even harder, given that we are also struggling against a patriarchal system that persistently fails to recognise women’s contribution in the farms and families. Yet, despite the challenges, we work the land and produce the food that all of us eat, every day.

In an ideal world where the rational should thrive, peasants would, therefore, feature at the centre of every decision that is taken for our welfare and of the planet. But is that so?

Geumsoon Yoon is a South Korean small-scale farmer, leader of the Korean Women Peasant Association and a member of the International Coordination Committee of La Via Campesina. This is an excerpt of the article that Geumsoon Yoon, wrote for Al Jazeera.

"We insist that decisions that affect our lives must be taken with the approval from our communities. Twenty-four years…

To know more about the VIIth International Conference of La Via Campesina, click here