Home » Via Campesina at the colloquium “Food Sovereignty : a critical dialogue” 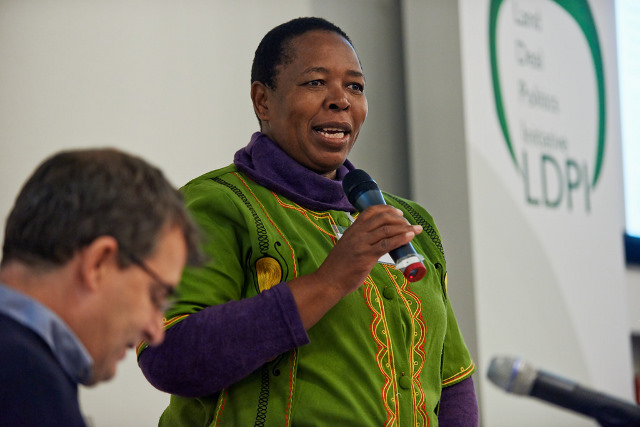 (The Hague, 24 January 2014) A fundamentally contested concept, food sovereignty has — as a political project and campaign, an alternative, a social movement, and an analytical framework — barged into global agrarian discourse over the last two decades. Since then, it has inspired and mobilized diverse publics: workers, scholars and public intellectuals, farmers and peasant movements, NGOs and human rights activists in the North and global South.

Last January 24, various representatives of La Via Campesina took part in a colloquium organized in The Hague to discuss the concept of Food sovereignty. Elisabeth Mopfu, as general coordinator of La Via Campesina was invited to give a speech at this Yale Conference on Food Sovereignty attended by many academics, researchers and specialists, from universities around the world.

You can read the speech of Elisabeth Mopfu here.