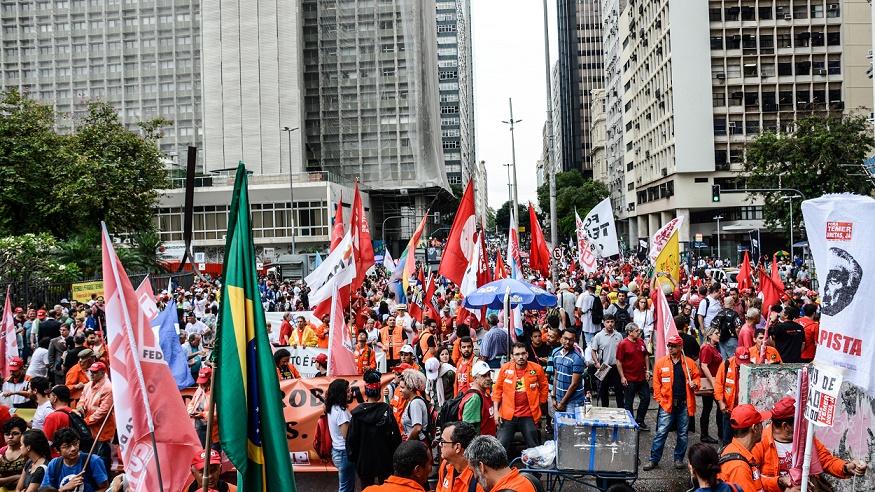 Thousands of people gathered in front of Petrobras’ headquarters in Rio de Janeiro on the National Sovereignty Struggle Day, organized by the Popular Brazil Front on October 3, the 64th anniversary of the oil state oil company. The 4,000 people affected by dams in 20 Brazilian states present at the MAB National Encounter also increased their ranks.

In the big march, the demonstrators also stopped in front of Eletrobras, a state-owned electricity company, which the coup government of Michel Temer wants to privatise. Electricity workers, in addition to those of the Rio de Janeiro Provincial Water and Sewer Company (CEDAE) and the Mint – all in the privatization package – declared unemployment today.

The defense of national sovereignty is urgent at the current juncture in which Michel Temer’s coup government seeks to deliver strategic wealth with the excuse of reducing the fiscal deficit. This will increase Brazil’s dependence on the central economies, increase poverty and unemployment, reverse the development of science and technology and public policies. And energy has a central role to play in this strategy, being highly coveted. Not without reason and without reason, the biggest attacks are on Eletrobras and Petrobras,”said Alexania Rossato, of the national coordination of the Movement of People Affected by Dams (MAB). The 8th MAB National Encounter chose the issue of sovereignty as a central theme.

Against the logic of financialization In line with Cibele Vieira, director of the Single Federation of Petroleum Workers (FUP), Petrobras is the company that symbolizes the defense of national sovereignty since its creation, beginning with the campaign “Oil is Our Oil”. According to the director,”today it is an act against the dismantling of the state, for national sovereignty, and Petrobras since its creation is an example of that, she carries that story. Petrobras cannot serve to make a profit as a shareholder and not even to reduce the fiscal deficit.

We, oil and gas companies, clearly perceive the change from a company that had a social concern, a concern about the safety of the environment, to a company that focused on profit. This directly affects the people who are in the day-to-day running of the company. Our lives are at stake, even. Fatal accidents at Petrobras have increased since Lava Jato began, when the company started responding to the financial market,”he said. 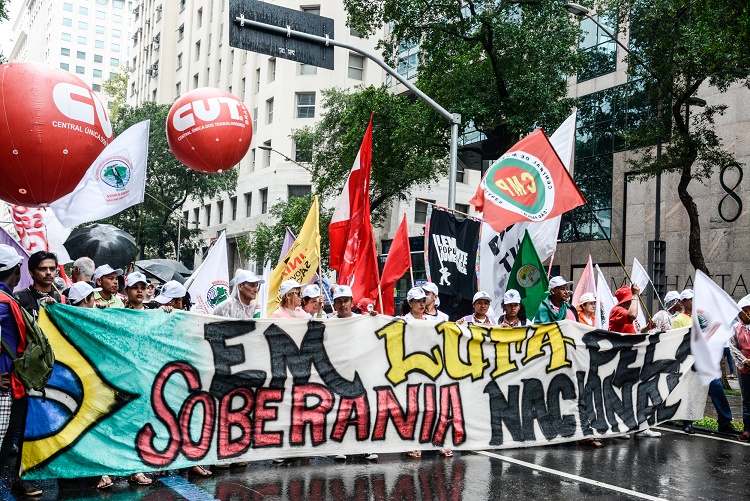 What is currently at stake is a dispute over the pre-salt exploitation model. The wealth of 176 billion barrels is responsible for placing Brazil as the country with the third largest oil reserves in the world, behind only Venezuela and Saudi Arabia.

This wealth is under risk of being delivered to private companies in order to ensure Petrobras’ exclusivity in the pre-salt operation. In line with Cloviomar Pereira, economist of Dieese, the measure proposed by Senator José Serra (PSDB) will be able to remove up to R$ 1 trillion in investments in health and education.

For the young Lucinete Trinidade, a militant of MAB and affected by the Belo Monte dam (PA), fighting is essential. As Petrobras and El pré-sal are ours, nothing is more just than for that wealth to be distributed to the Brazilian people through investments in health and education.

The people pay the bill

The street vendor Antonio says he can’t participate in the demonstration because he is working, but he said that acts like this have all his support. “””

The traveling salesman Antônio disse that can not participate in the demonstration because he is working, but affirmed that atos like this one have all his support. The governors take advantage of the crisis of the state, take what is the people’s and leave. They have a lot of money and little connection with the people. The town is going to have to come to the street because it is very difficult.

Miguel Azevedo, a retired oil tanker, also joined the demonstration. “Petrobras discovered the pre-salt, not foreign companies. And now they are willing to hand over that heritage built by the Brazilian people. As an oil tanker, it’s hard to see what people built to be delivered in such a banal way.