Home » Thousands protest in Seoul against the government policies 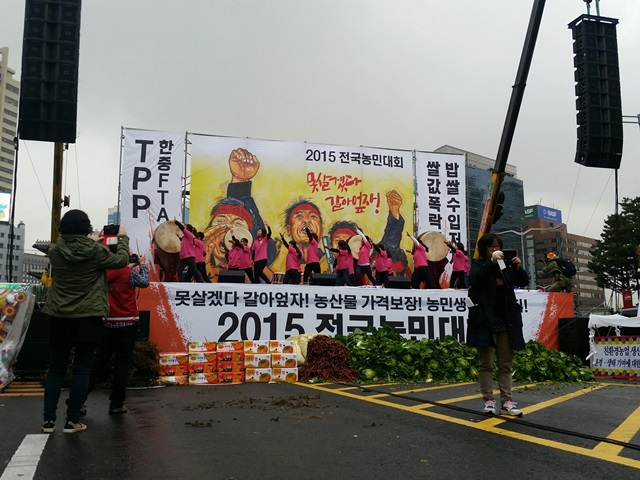 (Seoul, November 24, 2015) The Korean peasant movement organised and mobilised a big protest on the 14th November. Over 30,000 peasants were among the 130,000 people gathered in central Seoul to protest against rice imports among other issues and called for the resignation of South Korean President Park Geun-hye.

The police used water cannons against the protesters. They also used barricades to stop the protesters. Many people were hurt, some arrested. The attack with the water cannons left a peasant brain dead. Because of this people did a vigil and lit candles.
The Korean peasant movement is planning one more struggle 5th December.