Home » The International Seed Treaty: A resolution in support of Farmers’ Rights 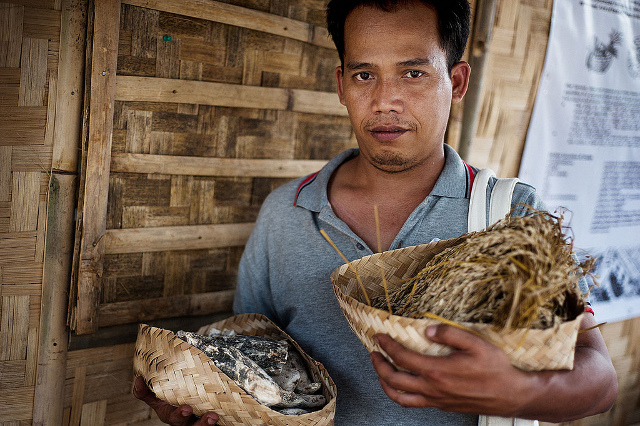 (Oman, September 30) La Via Campesina welcomes the adoption, on 28 September 2013, by the Governing Body of the International Treaty on Plant Genetic Resources for Food and Agriculture, also known as the seed treaty, of a resolution calling on states to implement and support Farmers’ Rights, ie the rights of peasants and farmers over their own seeds.

The resolution was adopted through the concerted pressure of regional groups of countries from Latin America and the Caribbean, and Africa and the Middle East, along with many Asian and European countries, and in spite of opposition from a handful of industrialized nations.

In the resolution the Governing Body recalls the enormous contribution of farmers to the conservation and development of seeds, and welcomes the participation of farmers’ organizations and civil society in its work. The Governing Body also notes that patents and plant variety protection (PVP) can “interact” with Farmers’Rights, implicitly acknowledging that they are currently opposed to them in many countries.

The resolution is in contrast with the growing violence of national laws and intellectual property rights which criminalize peasant seeds. In Colombia, for instance, prior to its recent freezing for two years, decree 970 led to the mass destruction of tonnes of “illegal” seeds. Similar bills are being prepared in East Africa, Chile and Europe.

The Treaty provides the industry with the legal framework to access free of charge the seeds selected by generations of peasants, but does not provide itself with the financial means to fulfil its other important tasks, notably in this crucial area of the rights of farmers and other people living in rural areas, whose application falls under the responsibility of states.

While public gene banks are being destroyed by wars or become concentrated due to lack of funding, intellectual property rights are being granted on traits and genes in stored seeds, which then become unavailable to small-scale farmers.

Family farmers and peasants, women and men across the world renew their fields with the huge biodiversity of their crops that they inherited from their parents and will pass on to their children. They are the guarantors of the right to food for our children. But they cannot accomplish this task if their right to save, use, exchange and sell their seeds, as well as their right to protect their knowledge and participate in decision-making are not respected and protected.

La Via Campesina will be vigilant that this new resolution on Farmers’ Rights, men and women, will not follow the same pattern as previous ones, disappearing from sight soon after the meeting. With or without the Treaty,in line with or against national laws, La Via Campesina will continue to exercise, in a very concrete way, Farmers’ Rights over their seeds, because it is the very first step for food sovereignty.