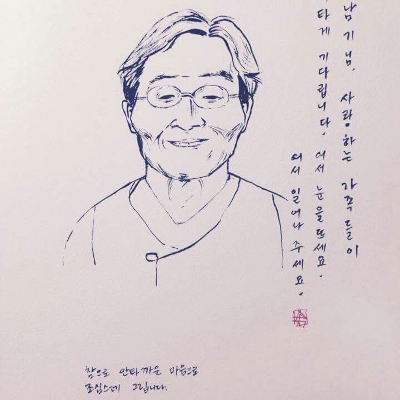 69-year-old farmer Baek Nam-gi remains unconscious in a hospital bed in Seoul more than 250 days after he was struck down by police water cannon after participating in a demonstration on 14 November last year.

After Mr. Baek fell down, the water cannon continued to be aimed directly at him and those participants who were trying to assist him and dragging him away for approximately 15 seconds. The police’s own internal guidelines specify that where an injury is sustained during the use of water cannon, immediate steps must be taken to provide relief to the injured person. No immediate help was offered to Mr. Baek by the authorities who arrived at the hospital over an hour later by which time he was in a critical condition.

Water cannons can inflict great bodily harm, as the case of Mr. Baek Nam-gi tragically illustrates. Many other peaceful participants told of water cannons being used against them with no apparent justification, and inflicting injuries.

– Maina Kiai, UN Special Rapporteur on the rights to freedom of peaceful assembly and of association

Still in a coma, Mr. Baek’s health is deteriorating and his condition has now become even more critical. Though it has been more than 250 days, none of the officers responsible for the excessive use of force that caused his injury have been charged.

Justice delayed is justice denied. That’s why we need your voice to call on the National Assembly to open a public hearing into the incident so that a thorough and impartial investigation is completed swiftly, any officers found responsible for the excessive use of force are held accountable, and justice can finally be delivered for Mr. Baek’s family.