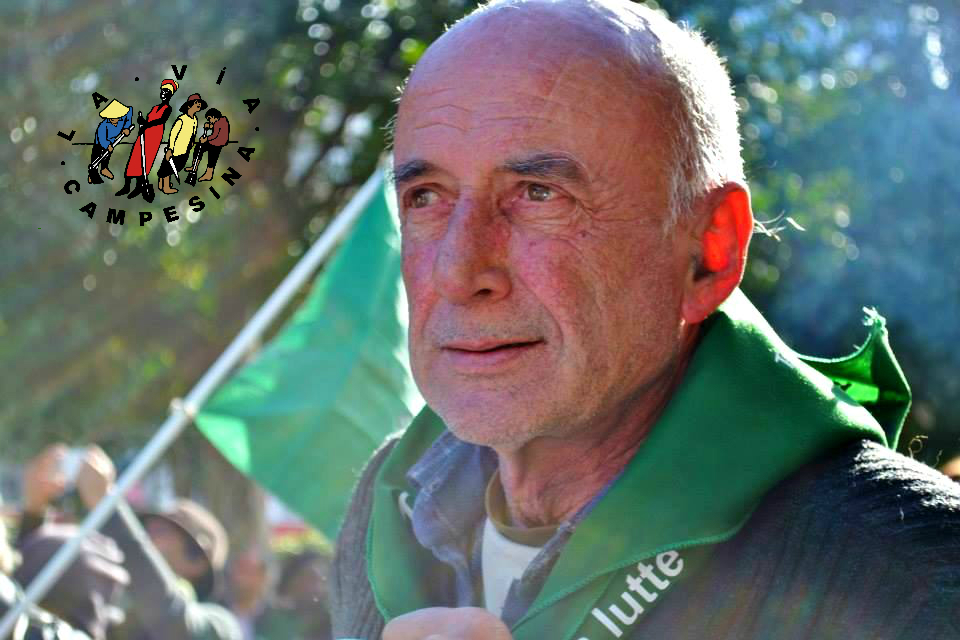 On the occasion of the death of our dear friend Nicolas Duntze, the Coordinating Committee and Working Group on Migration and Rural Workers of ECVC would like to extend our deepest sympathies to both his family and the Paysanne Confederation of France.

Nicolás, a vineyard worker in Gard and former spokesperson for the French organization has been an active participant in the European and International branches of Vía Campesina. Throughout his life he demonstrated an ongoing commitment to the cause of small farm holders and workers. He actively fought against transgenic seeds and denounced the European agricultural policies that are destroying the farming community and the environment while they promote the concentration of landownership into fewer and fewer hands under the industrial agriculture model.

During the closing phases of his struggle, Nicolás undertook an intense commitment on behalf of rural workers. Working with the SOC and other European organizations, he visited Almería and Huelva on several occasions after the racist attacks at El Ejido in 2000. He helped in the fight against the exploitation of Maghrebian, Sub-saharan African and Romanian immigrants and also against the industrial agriculture model that pushes small landholders and farmers out of the south and the east while simultaneously forcing them to become cheap and dispensable laborers for European agro-industry.

Thanks to his drive and tireless efforts as the Coordinator of the Migration Collective of the ECVC, he developed the very important work of conducting research, coordinating meetings and denouncing the harsh reality experienced by migrant workers in Andalucía, Murcia, Romania, Italy, Germany and Morocco. After the racist events in Rosarno of 2010, Vía Campesina together with ARI were present in Calabria supporting the migrant organization in defense of their rights.

During this extremely difficult time for our movement of people countering the attack of the large multinationals and working for the defense of human rights, there is no doubt that we will miss our dear friend Nicolás tremendously. The absolute best way to honor him will be to continue moving onward with an even greater amount of energy and conviction than before in our defense of the farming and migrant communities. While on this path we will need to keep his clear vision in our hearts and minds at all times as well as his acerbic wit and his personal and political legacy that is at once visceral, affectionate, deeply international and in solidarity with workers. As we learned along with you, we will therefore continue moving forward, globalizing the struggle, globalizing our hope.