Home » More than 1,500 Landless kicking off Festival of Culture of Agrarian Reform 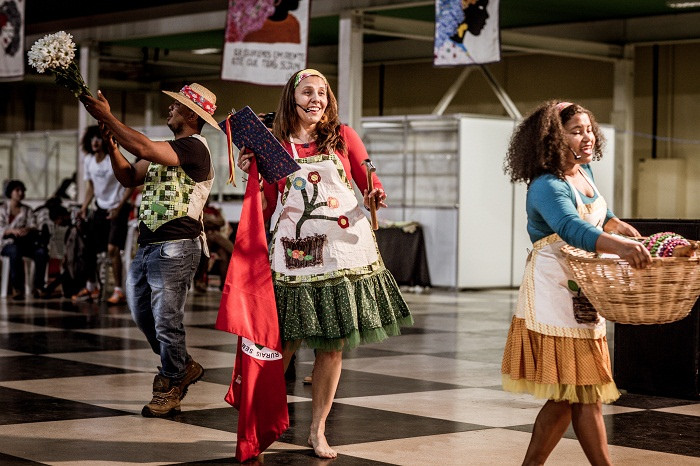 On July 20, 2016, more than 1,500 Landless 19 states of Brazil kicked off the National Festival of Arts and Culture of Agrarian Reform, in the city of Belo Horizonte, in Minas Gerais. The political-cultural event, which took place in the Plaza da Station in Serraria Souza Pinto, in the center of the mining capital, featured a fair of agricultural produce, literature and food from all regions of Brazil. Films were screened and seminars on several topics also took place.

Maria Raimunda César, from the Front of Education, Culture and Education of the Movement of Landless Workers, MST, said that the festival represents a historical accumulation of struggle and resistance of peasants across the country in the 32 years of foundation of the Movement.

Organizers expected at least 50 thousand people to have attended the Festival, which lasted five days. One of the many attractions of the festival was the Exhibition of Poetry “Versando Rebellion” and the “Festival of Music Fight Sprout Voices of Freedom”. In all, 60 musicians and 40 poems will be performed in four days of events. Twenty songs from this will be chosen to be part of a CD and a DVD, apart from being recorded in a book.

(This post is an abridged version of what appeared in the Spanish website of La Via Campesina, in July 2016)