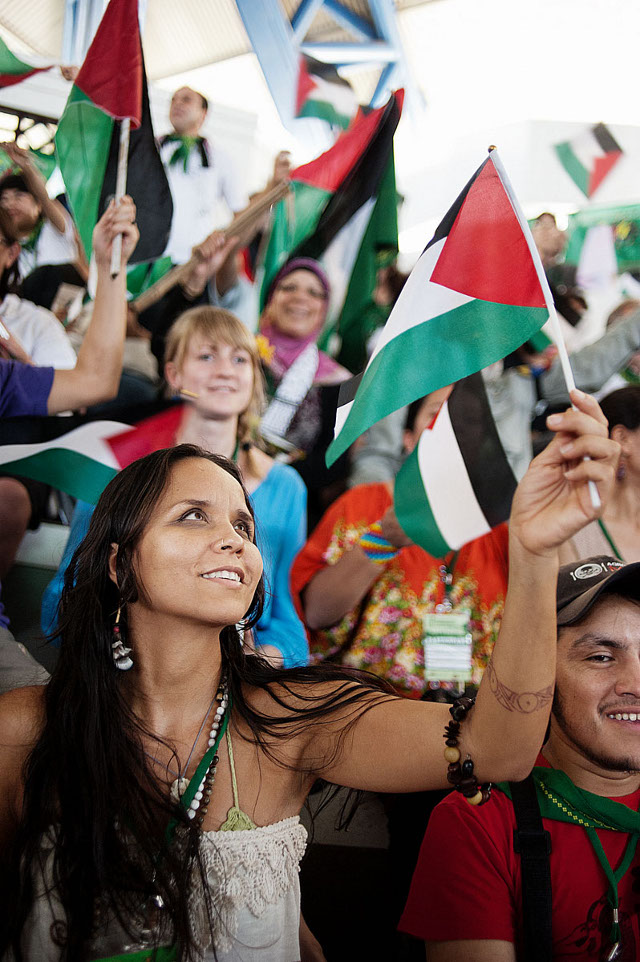 We ask to support Palestinians’ rights to have their independent state and to condemn Israeli’s Occupation. Since 1948 we have been deprived from 78% of our land and 90% of water resources is under control of Israel occupation. The Israelis policies aim to destroy all sectors, specially the agricultural one, whereas 35% of population depend on it.

Few years ago Israelis occupation forces built the apartheid wall in West Bank to separate farmers’ families and their lands. It also imposes siege on Gaza Strip and forbids Palestinians from using 35% of their agricultural lands and 85% of the sea water. At the same time Israeli’s settlements are going on inside the Palestinian territories, displacing many families.

We ask and demand the people of Via Campesina, to build a solidarity campaign for: