Home » In support of Cédric Herrou : STOP the criminalization of migrants and migrations 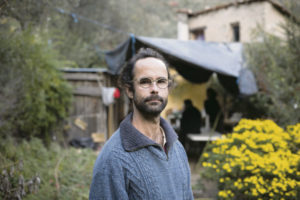 Brussels, August 16, 2017 – The European Coordination Via Campesina expresses its solidarity with Cédric Herrou, the French peasant in the Roya valley, given the suspended sentence on Tuesday 8 August to four months’ in prison for having helped some 200 undocumented migrants. If by this he has transgressed French laws, he has above all respected great values: solidarity and humanity.

While only goods and capital can travel freely in Europe, people are subject to increased discrimination, which we, the agricultural workers and peasants members of ECVC, can’t tolerate.

No one is illegal, and he/she who helps people in need should not be prosecuted, but should instead be recognized for their humanitarian contribution.

Just as sailors have the duty to save the shipwrecked at sea, we, workers of the land, have the same responsibility on the mainland.

However, a paradox persists: on the one hand, Italian and European institutions need NGOs to compensate for their own shortcomings in helping migrants, but on the other hand they put in place restrictive measures which prevent NGOs from acting, to the point that it often hinders reaching wrecked migrants.

The European Union, which won the Nobel Peace Prize in 2012, should learn from our colleague Cédric Herrou and all the associations, NGOs and individuals who, for various reasons, come to help migrants and other vulnerable people.

With Cédric Herrou, the association Roya Citoyenne and all the men and women who help migrants, we say:

STOP the criminalization of migrants and migrations!
STOP the persecution of people committed to Humanity!