Speech of Guy Kastler on behalf of La Via Campesina at the Second Meeting of the Governing Body of the International Treaty on Plant Genetic Resources for Food and Agriculture, Monday 29th of October 2007

VIA CAMPESINA , COMMUNICATION TO ITPGRFA, 29 0CTOBER 2007 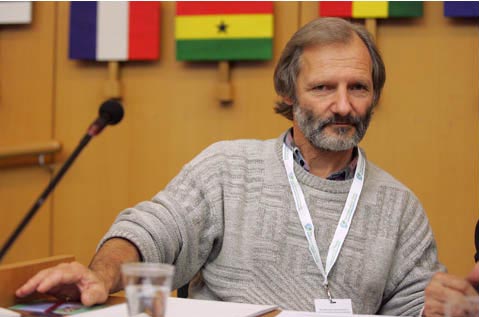 Sustainable family farming cannot develop with only the seeds that are produced by industry and the inputs and pesticides that accompany them. The great majority of farmers worldwide use a traditional way of farming and can’t afford to buy seeds and inputs from industry. Farmers who are integrated in the market economy of agroecological or organic products don’t use industry’s chemicals nor GMOs. For these farmers, what the institutions have called « plant genetic resources » are simply seeds, their first working tool after their land. By re-sowing every year part of their previous harvest, they continuously renew permanently their agricultural biodiversity. Seed exchanges and farmers’ selection increase this biodiversity. It means that farmers do not only increase the number of varieties, but also the intra-varietal diversity of planted populations, which is key for their capacity to adapt to the diversity of land, to climate change and to disease challenges that may occur. 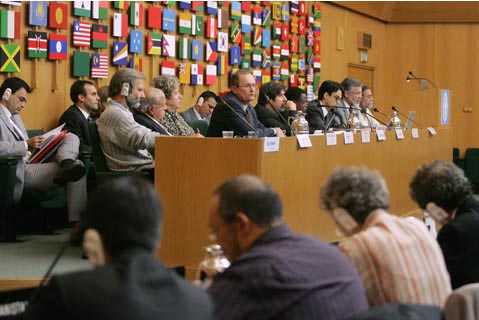 Very recently in history, the international community organized to preserve les plant genetic resources in “ex-situ” banks that the ITPGRFA supports through a global action plan, while the conservation “on farm” is being surrendered[or marginalised]. But the living world cannot be preserved without being renewed and diversified to adapt to an ever changing environment. That’s why a great number of plant genetic resources that have been kept in these [gene]banks are about to disappear for lack of funding to regenerate them regularly. Their integrity is also threatened by GMO contaminiation that nowadays is even in their centres of origin and diversity and in  the genebanks.

The seed industry is using these resources to develop new seeds, but the varieties that it markets are all made from the same genetic pools which depend on chemical inputs and pesticides and which are unable to adapt to the variety of land types and to climate change. Their vulnerability in the face of new diseases and parasites regularly brings catastrophes that are even more damaging as these seeds, in order to comply with the requirements of the economies of scale of the industry, are planted over very wide areas. 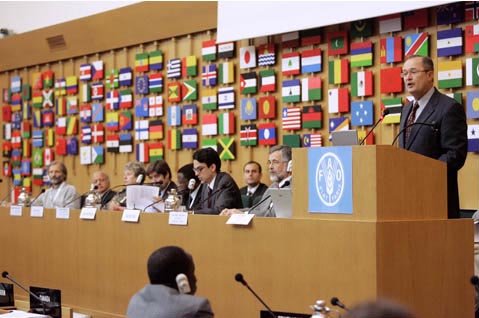 ITPGRFA has one article on “farmer’s rights” to keep, re-sow, sell and protect their seeds and to take part to the political decisions dealing with the management of genetic resources. Yet, these rights are under the jurisdiction of national laws that contradict these rights. The laws that protect intellectual property (patents and Plant Breeders Rights (PBR)) contradict the right of farmers to re-sow their seeds. The obligation to register varieties in seed catalogues, that have costs and criteria that are not realisable for farmers,  prevents them from exchange their seeds and thus to have a “facilitated access” to  plant genetic resources. The “informed consent“ and ”benefit sharing” are not respected by PBR that allow the appropriation of a “discovered variety” without any obligation to indicate its origin. A patent can hide an indication of origin in a single line in hundreds of pages of description. Genetic contamination by GMOs also threatens the integrity and resilience of farmers’ varieties and of genetic resources that have been preserved in seedbanks. Without rights to re-sow their harvest, to exchange their seeds, farmers cannot anymore preserve and renew their varieties that, little by little, disappear. This opens the space for seeds from the industry but only for big farms that can afford the technical and financial means that are necessary to the growing these seeds.

In Northern countries, farmers’ seeds have almost disappeared from our fields, up to a point that organic farmers have difficulty in finding traditional seeds adapted to organic production. As these farmers cannot either use seeds from industry which are too stable and homogeneous to enable new selection processes, they are asking [for traditional seeds from ] “ex situ” collections that still exist. But many are not accessible to them, contrary to the principle of “facilitated access to farmers” as written in ITPGRFA. Either because the varieties are only identified with a code without any other reference, or because farmers are denied access to the samples under the pretext that they produce for the market (and that they enter the commercial circuit).
If this pattern spreads across the whole world, this situation could have dramatic impacts for the future of humanity. Indeed, industrial plant breeding create seeds that can only grow in a field with increasing dependency on chemical support. Modern biotechnologies replace the infinite multiplication of a single plant (line and hybrid) by the multiplication of a single cell. This destruction of intra varietal diversity of crops produces increasingly unadaptable plants. In contrast, farmers varieties offer a potential of diversity that can be renewed in the fields at each harvest. Sustainable development nowadays cannot be dependent on the profits from seeds of transnational companies. They only exist because the seeds they sell are less and less sustainable and unable to reproduce beyond one or two generations.

This is why we expect the ITPGRFA, not only for the sake of farmers that we represent but above all for the sake of humanity, that it imposes the adherence by all signatory countries to farmers rights to keep, re-sow, exchange and protect their seeds against bio-piracy and genetic contamination, as well as their access to resources in public collections. It is only under this condition that we could ensure sustainable conservation and renewal of plant genetic resources with the support of two processes: “ex situ” collections and the dynamic management “in situ” in farms and gardens.

We thank the Governing Body of ITPGRFA for inviting Via Campesina to speak during its meeting. However, we wish to underline that without the effective participation of farmers in the management and control of genetic resources in all countries, but also at the international level, ITPGRFA will remain an empty juridical tool in the hands of corporations and governments unable to prevent genetic erosion that is spreading in our fields and which threatens the future of agriculture. This is why we would like you to implement processes for facilitating the participation of farmers’ organisations to the work and life of the Governing Body of ITPGRFA.