Home » Our food is not your agri-business! March 25 mobilisation in Rome

European Coordination Via Campesina (ECVC) held its annual General Assembly from the 23-25th of March 2017.

Delegates from 22 countries came together in Rome, where on day one of the assembly, Fabrizio Garbarino, president of the host organization ARI, Associazione Rurale Italiana welcomed everyone and initiated the process.

The assembly paid homage to our departed comrade Nicolas Duntze before it moved on to discuss the preparations being made for the VIIth conference of La Via Campesina scheduled to take place in July, 2017 in Basque.

In the ensuing discussions, Common Agricultural Policy (CAP) was analysed and critiqued. In a discussion organized by ECVC and Slow Food the destructive measures put in place by the current European agricultural policy was highlighted, so was the importance of peasant agriculture in our society. 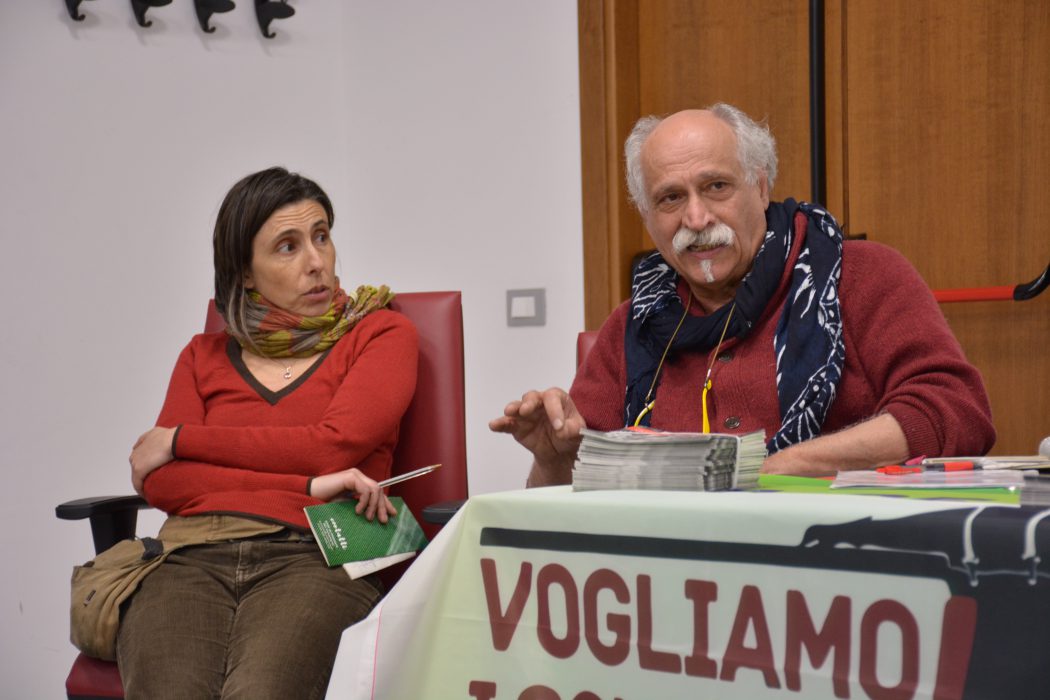 Exposing the case of Italy, Antonio Onorati, board member of the Italian organization Associazione Rurale Italiana (ARI), argued that the CAP served mainly in promoting extreme land concentration. In the current model of the CAP in place in Italy, he underlined, “20% of beneficiaries receive 85,7% of all spending, while the remaining 80% get the miserable, remaining  14,3%.”

Attila Miklos Boruss, from Romania’s peasant organization Eco Ruralis, presented the situation of Eastern Europe with a special focus on Romania.  In this region, the CAP has served as an incentive to big investors. Romania is a clear example: since its “entrance to the European Union, 1 million farmers have disappeared, currently giving the top 100 farms in the country control of around 1.5 million hectares. This fact has led to a situation where 90% of that country’s CAP subsidies go to 1% of farms. 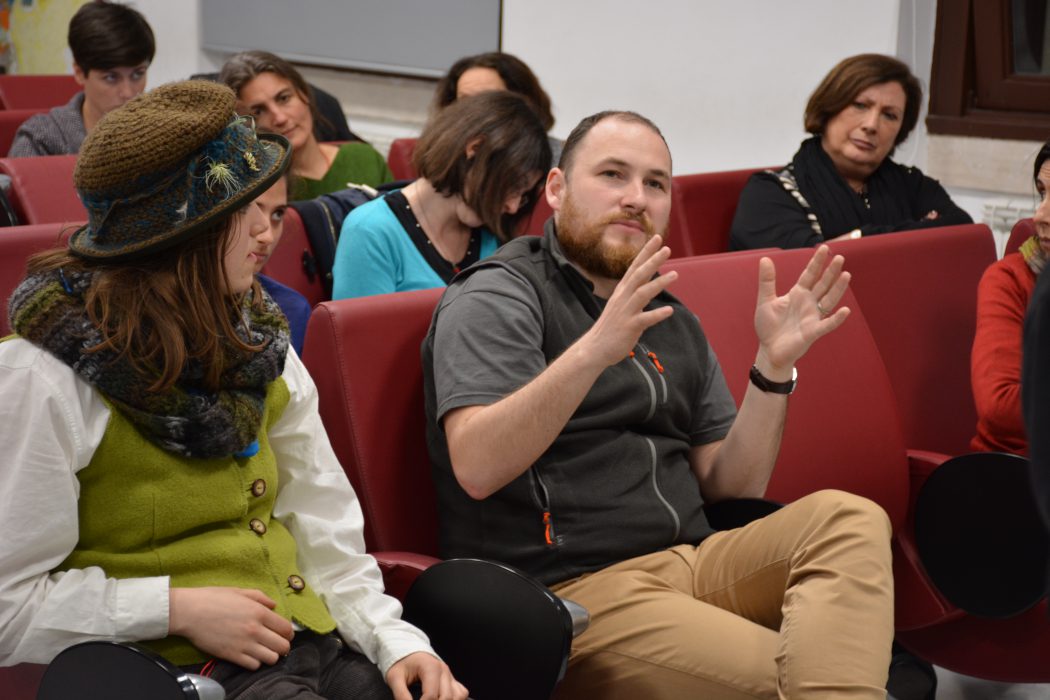 Peasant markets used to be a common sight everywhere in Romania, now they’re increasingly being replaced by supermarkets. “Peasant markets need to stay. They are a public good. They have a public utility like hospitals and schools.”

As the debate wrapped up, Antonio Onarati insisted on the need to have a citizen’s discussion on the CAP, its social aspects had to be acknowledged.

“We need to break away from the solely economic debate around the Common Agricultural Policy. The spillover effects of the CAP go beyond the agricultural sector, it’s not only important to producers. This is an issue that concerns the whole of society.”

On day two, the Women and Youth Assemblies presented the conclusions from their internal discussions. ARI, presented a motion on the recognition of peasant agriculture and shared with the plenary their campaign to obtain a law in favor of peasant agriculture. The Italian Parliament is currently holding consultations to define the final text of this legislation and this would enable a legislative tool for peasant agriculture., which would make an adequate distinction of it from the industrial and big industrial farms. The legislation, when it is realized, would allow municipalities and local governments to attribute land to farmers in their territories. 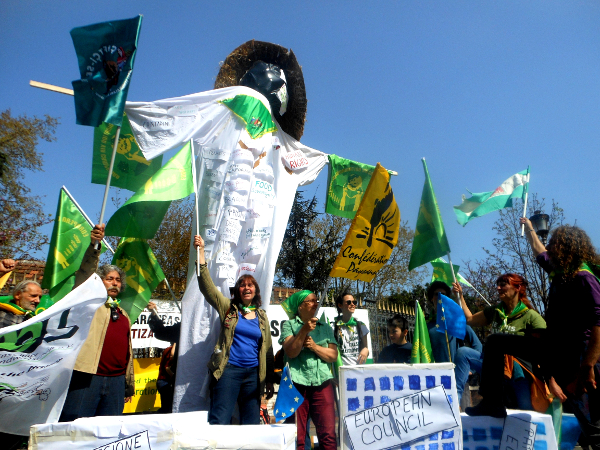 On Saturday March 25, on the 60th anniversary of the founding Treaty of the European Union, the peasant women and men of ECVC, demonstrated in the streets of Rome.

At 10am, in Piazza Vittorio, our delegates carried out a peasant action meant to represent the prominence of corporate influence in the institutions of the EU, but it was also a short play meant to illustrate the importance of unified peasant action across the continent to win our food systems and rights back.

ECVC and its allies demand healthy and quality food, decent work, and a just and a sustainable agricultural policy in a Europe for the people and of solidarity.

Following this action we converged with other Italian and European social movements in the General Mobilization of “OUR EUROPE” that ended in the COLOSSEO.