Home » Mozambique: Joint Mobilization by Civil Society for the defence of resources and against the privatization of the land 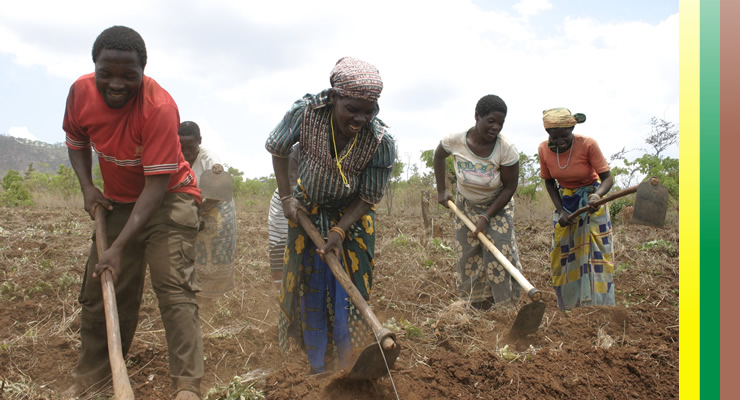 At a time when the debate over resources and land worsens in Mozambique, more than 30 civil society organizations commit to the increment of joint actions and extending their articulation in the defence of natural resources and against the privatization of land.

Peasant movements, men and women, feminists, students, human rights activists, environmentalists, labour unionists and workers, fishermen and communities affected by the impacts of large investments, consider the  land  and natural resources issue, and its defence, to be crucial. These organizations will launch a nationwide campaign against the privatization of land, theft and looting of all natural resources in Mozambique.

The campaign comes in response to a popular demand to challenge the way the country is being conducted, from community to national government. This campaign will consist of various activities, including marches, popular education seminars on the right to land; civic education caravans of rural and urban population on governance; letters of complaint; resistance techniques on the invasion of territories, among others.

This decision is the result of three days of discussion and deep reflection, within a workshop of the Popular University of Social Movements (UPMS), which took place in Mumemo, Marracuene. The UPMS is an open space for reflection and production of knowledge and mutual and collective learning.

This UPMS workshop concluded that the land issue is a concern to all sectors of society, requiring the strengthening of joint actions to defend the land law and reject any attempt to privatize this resource.

Sectors such as mining extraction in Tete, forestry in the north, the agribusiness programs such as the Wambao, the controversial Prosavana – a millionaire programme to  be  implemented in northern Mozambique -, were identified by the Mozambican civil society as a “common agenda issue” revealing situations of neo-colonialism that must be addressed. For instance, Prosavana will usurp land, expelling peasants and contaminating soils around 14 million hectares of land along the so-called Nacala Development Corridor.

The participants of the UPMS workshop of Mumemo consider that the way Mozambique’s government manages the land and its natural resources is  in contradiction with the purposes by which national independence was gained, ie to free the land and the people, men and women. They also consider inhuman the way government is treating its citizens and alert the Mozambicans to mobilize against the injustices.

Mozambique is rich in natural resources but this can render into a curse to its people, as several examples testify. Countries such as Nigeria, Angola and Equatorial Guinea or Mexico, although rich in oil and other resources, cannot overcome the situation of misery in which their people live.

*these organizations were mandated to represent  a set of 30 organizations, including rural and fishing communities, involved in the discussions.