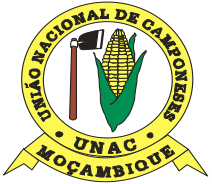 (Maputo, 19 November 2012) – UNAC, the National Farmer’s Union (União Nacional de Camponeses), will host a national conference on land management on 27 and 28 November this year. It will be a public event which will aim to discuss the issue of land as a resource and how misuse of it perpetuates poverty and the erosion of the social fabric of the country’s rural communities.

In recent times Mozambique has become a stage for large-scale investments, attracting businessmen and companies from all over the world. Nevertheless, agricultural policies and large-scale investments in this sector have not benefited Mozambican farmers, although they are the social group that accounts for more than half of food production in the country.

UNAC also points out that the largest volume of investment in Mozambique is aimed at the timber industry, production of biofuels, monoculture tree plantations and mining, to the detriment of responsible food production, which is paradoxical given the chronic food deficit affecting the country. On the other hand, the increase in investment in terms of exploration of natural resources through the so-called megaprojects has put the land under enormous strain and is leading to the loss by rural communities in Mozambique of their right to use and benefit from the land.

In this context, UNAC will bring together farming communities, academics, civil society organizations, government institutions and the public in general to discuss these issues. The conference will also bring together participants from Brazil, South Africa and Zimbabwe, to share their experiences around conflicts over land use and ownership and agrarian reform processes in these countries.

UNAC is a national peasant movement, fighting to allow men and women farmers to take on leadership roles, whether or not they are part of farming associations or family cooperatives. Founded in 1987, UNAC focuses on building a fair and prosperous society characterized by solidarity, with the aim of achieving food sovereignty in Mozambique.

Call to attend a press conference

In relation to the national conference on land management, UNAC calls on journalists and the media in general to attend a press conference to announce the event and provide related details. The press meeting will take place in the offices of UNAC in Maputo, on Monday  26 November at 2pm.
Press conference venue: União Nacional de Camponeses, Rua Valentin Siti, No. 39 R/C

For more information on UNAC: www.unac.org.mz