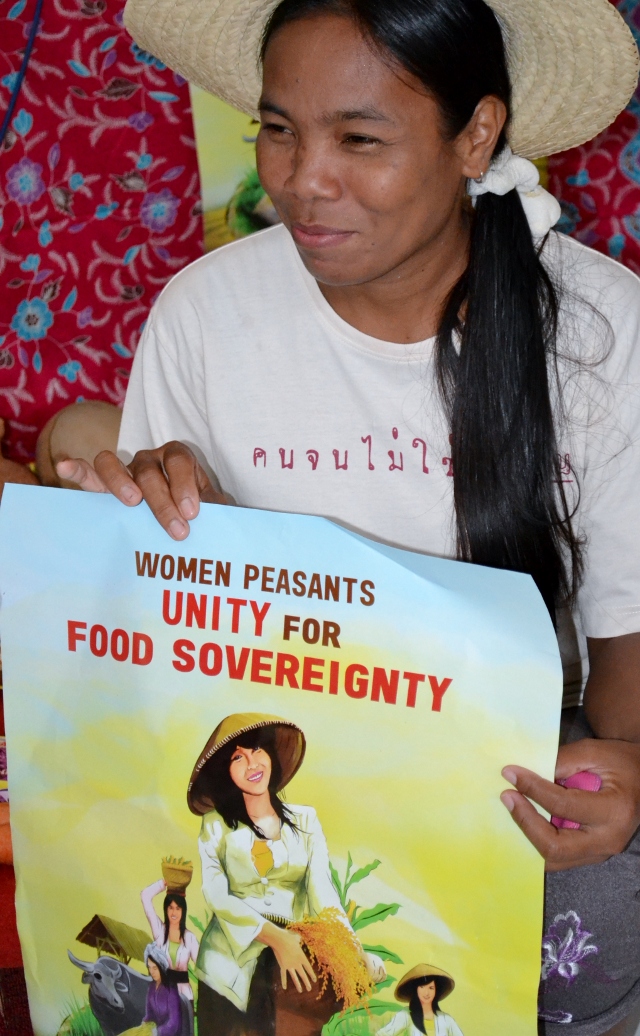 (Jakarta, 6th June of 2013) La Via Campesina (LVC), the international peasants’ movement, will inaugurate its 6th Global conferencia and celebrate the 20th anniversary of its struggle with the Women’s Assembly starting at 8:00 AM on the 6th and 7th June at the Padepokan Pencak Silat Indonesia, Taman Mini, Jakarta .

The Women’s Assembly is a space created by LVC to give visibility to the role and vision of rural women in the peasants’ struggle. Since its birth, Via Campesina has sought to encourage women’s participation at all levels and to eradicate all types of gender discrimination. As Nettie Wiebe, a leader of the National Farmer’s Union in Canada points out -“Women have been key participants and leaders in La Via Campesina. In fact, the role of women is part of what makes our movement unique both in the history of peasant movements and among other international social movements and organizations.”

Many advances have been made such as a mandatory 50% representation of women in all decision-making bodies and activities of the movement, a global campaign to stop violence against women, training schools in some regions, and alliances with other women’s movements. “Women are not anymore a small part or topic in the Movement – we are a totality. We understand that making this change is part of the political maturity necessary to face the many challenges of the next period.” said Itelvina Masioli, leader of the Movimento Sem Terra (Landless Peoples movement) in Brazil.

Women and men from more than 76 countries and various allied movements will attend the colorful women’s assembly. They will discuss patriarchy, the global capitalist crisis and its impact upon women’s lives, as well as the need for greater gender consciousness and respect for womens leadership in La Via Campesina itself. The assembly will also celebrate the fourth anniversary of LVC’s global campaign to stop violence against women and further build upon it.

At the end of the assembly, the women will launch a political declaration and an action plan to strengthen women’s role and participation at all the levels of the movement.

LVC has created a short film on the womens role in the 20 years of LVC which will be distributed at the womens assembly. It has also published a booklet to explain, and create a debate about, violence againt women which can be downloaded here.