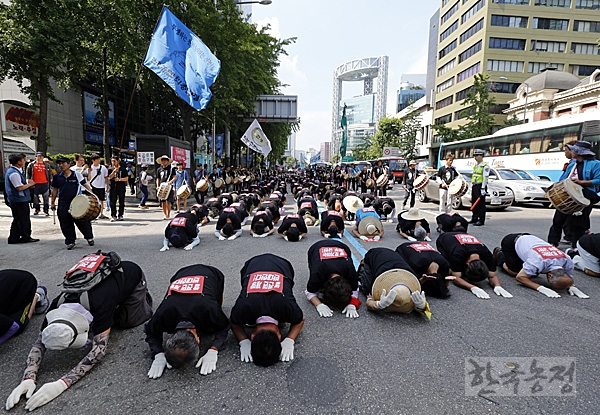 On 28th June, Korean farmers from all around country gathered to make a “three steps, one bow” pilgrimage to protect food sovereignty. Civil society organizations including Korean Peasants League (KPL) and Korean Women Peasants Association (KWPA) gathered in Chunggye Stream Square. They made a “three steps, one bow” pilgrimage for about two hours with wearing T-shirts printed on the face of Jun Bong Jun, who led farmers’ revolution in 1890’.

This is time for all citizens to try to protect food sovereignty”. There was a statement that “if rice market will be opened to global market, Korean rice farming is not going to survive. We cannot understand Korean President Park who intends to push forward opening policy”. 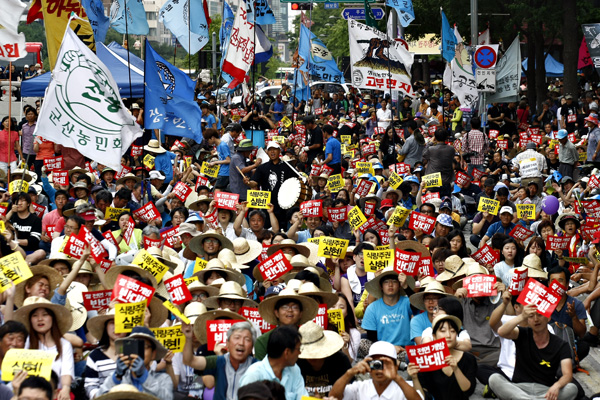 Korean government is preparing announcement of their position on rice policy. In respond to it, Korean People’s Committee for Food Sovereignty is also planning to do counter actions against government opening policy of rice.