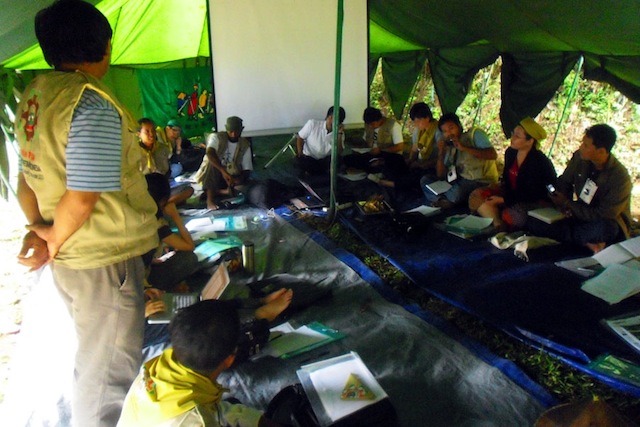 We, male and female young peasants representing 11 different organizations from 8 countries, are gathering together in Jakarta, Indonesia for the 3rd Youth Assembly of Southeast-East Asia within La Via Campesina.

We, the La Via Campesina young peasants who are present here, want to raise our concerns regarding the global negotiations and the neoliberal agricultural policies being pushed by some governments as solutions to the climate change occurring around the world. We also want to propose solutions and alternatives that can address the issue of global warming from the youth perspective.

Change the System Not the Climate

Current global modes of production, consumption and trade have caused massive environmental destruction including global warming that is putting our planet’s ecosystems at risk and pushing human communities to disaster. The climate crisis that is having a tremendous impact on our lives shows that the development and economic model based on capital concentration and accumulation, high fossil fuel consumption, overproduction, consumerism and trade liberalization is unsustainable.

Asia in particular has become the world’s factory at the expense of our tropical rainforests and water and mineral resources, causing chemical pollution; deforestation, land degradation and the displacement of indigenous and rural populations. Such disastrous consequences demand that we change our existing development and economic systems and our livelihoods.

However, most governments do not want to deal with the root causes. Instead, these governments, backed by corporate interests, are implementing policies to create more spaces in which transnational corporations can set up huge making-money schemes such as carbon trading, REDD +, agrofuels, biotechnology and geoengineering. Transnational corporations are not the actors who can solve this problem; instead they are the main cause of the current climate crisis.

There is a saying in Korea that agriculture is conducted by heaven. It means that agriculture is heavily dependent on climate patterns. Climate change has a catastrophic impact on small-scale farmers and indigenous people who have been farming with sustainable and traditional knowledge-dependent agricultural practices. Changing, unpredictable weather patterns mean that local knowledge, which has been the basis of good agricultural management and has allowed some adaptation to climate change, is becoming more irrelevant. This makes farmers more vulnerable and dependent on external inputs and techniques. Young farmers are the most vulnerable under climate change. As agricultural production is affected by an unstable climate, more young people move to the city seeking jobs, where they are faced with the problems of poverty, high unemployment, economic discrepancy, violence, drug and alcohol abuse, and prostitution.

Climate change creates not only “humanitarian” problems but also problems of “justice”. Industrial countries and the industrialization of agriculture are the biggest sources of greenhouse gases, but those most affected by climate change are the peasants and rural communities in developing countries.

Furthermore, corporate food production and consumption are significantly contributing to global warming and to the destruction of rural communities. Intercontinental food transport, monoculture plantation and food production based on high intensive inputs of chemicals such as fertilizers and pesticides all around the world, which are imposed upon by the World Trade Organization, the World Bank, the International Monetary Fund as well as the regional and bilateral Free Trade Agreements, are transforming agriculture into an energy consumer and are contributing to climate change.

As a result, many farmers who are dependent on the agricultural input of transnational corporations are suffering from severe debt. Youth do not view agriculture as their future. As many young people leave the rural areas, the passing down of traditional knowledge and culture is terminated. This creates loss of identity among youth. 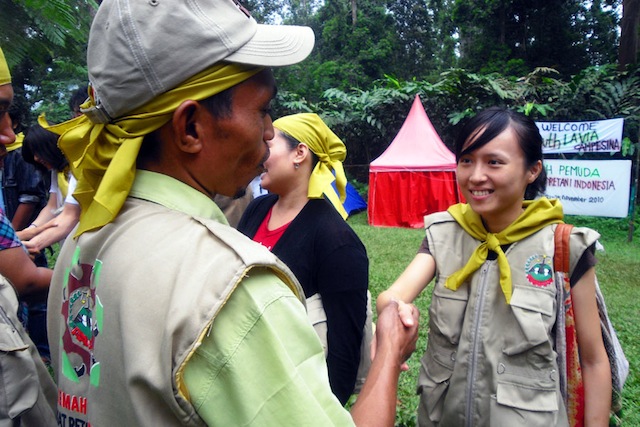 Food sovereignty is the real solution

We believe food sovereignty is key in order to provide for the livelihood of millions and protect life on earth. The food sovereignty movement advocates the right of food producers to freely produce for their family and local community needs based on access to the productive natural resources such as land, seeds, and water. Promoting local markets not only preserves consumers’ rights to safe, healthy, culturally appropriate food, but it can also revive a local economy by meeting local needs through local production. In addition, local markets would stabilize income for small-scale farmers by replacing the current distorted distribution system with a fair and just one.

Only through the actualization of food sovereignty, can a society be created where youth can find hope in rural communities, become farmers and maintain local knowledge and culture. For example, in Indonesia, training centers run by the Indonesian Peasant Union (SPI) are organized to offer training to youth. Young people receive sustainable agriculture knowledge and techniques and marketing skills. After graduation, young people return to the rural community to create alternative agriculture systems and a new society. 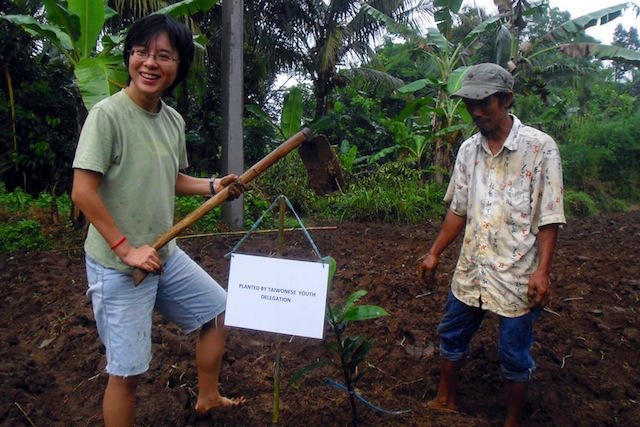 Therefore we call for,