Home » India : farmers pushed into distress because of the dumping policies of the WTO 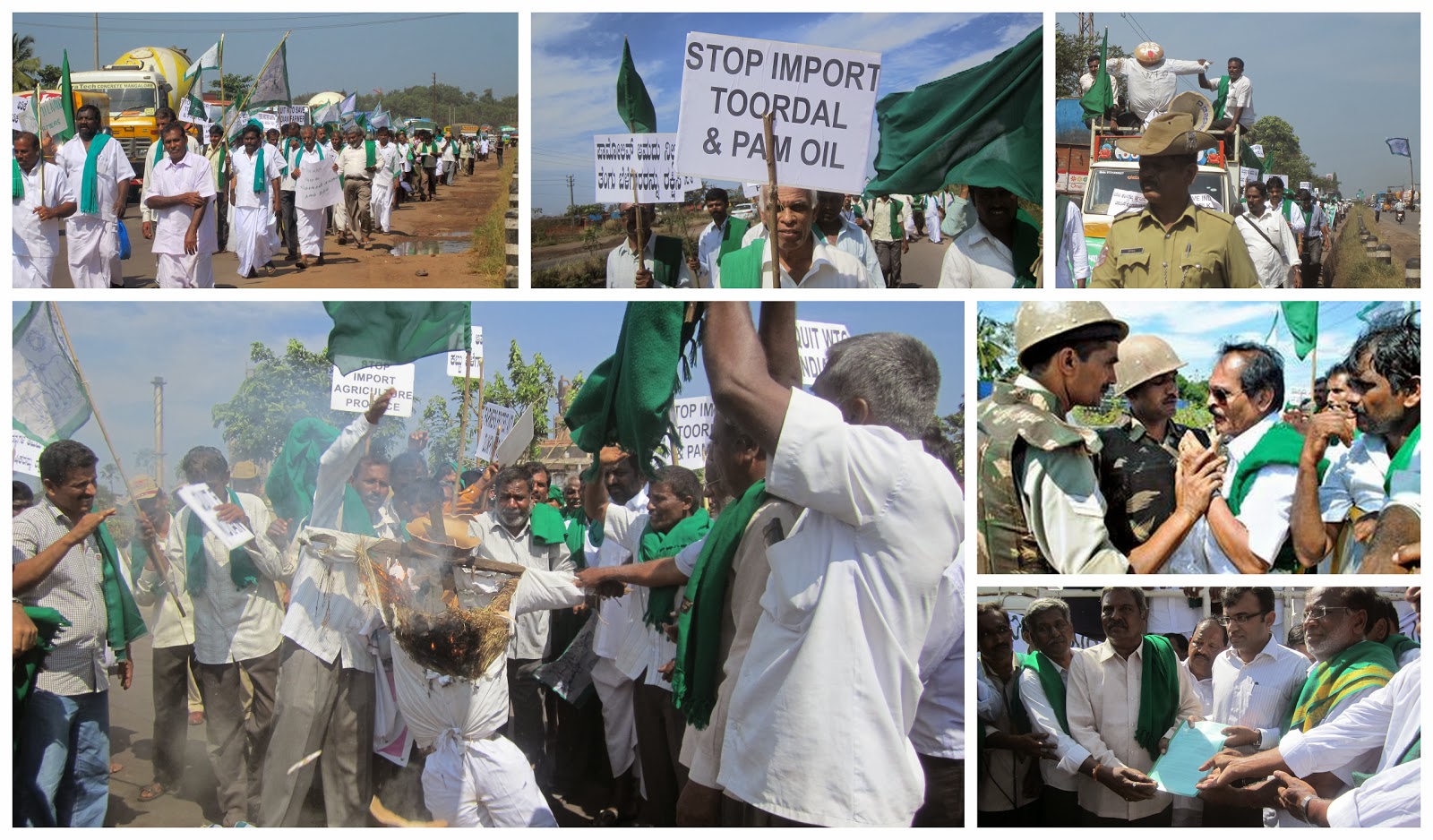 (Managalore, Dec 3, 2013) in Karnataka, India, farmers mobilized on the ground at a place of great meaning to agriculturalists trying to make a living in South India: the Mangalore port, an import hub of the nation. Farmers from four Indian states – Tamil Nadu, Karnataka, Kerala, and Maharastra – came together to demand India leaves the WTO. They blockaded the port and burned an effigy of the WTO.

According to The Hindu : The protesters viewed the limiting of subsidy on agriculture produce by the WTO, and the facilitation of cheap, duty-free import of agricultural produce by the Free Trade Agreements as “an extension of colonialism” and hurting the interest of farmers. Coffee-grower M. Manjunath from Mudigere in Chikmagalur taluk, believed that the prices of coffee would increase by around Rs. 1,500 per quintal if cheap imports from Brazil were stopped. “Up to four per cent of the 3 lakh tonnes produced in India can be imported. Because of this, there are no buyers of our produce,” he said.

Similarly, K.G. Umesh, a sugarcane farmer from Maddur taluk in Mandya district, said the duty-free imports of sugar from Brazil and Malaysia were eating into the profitability of farmers here. K.T. Gandadhar, general secretary of KRRS, said the import of sugar, maize, pigeon peas (tur dal), palm oil, rubber, areca nut were hurting domestic farmers. He asked Parliament and Union government to ensure that developing countries walk out of the WTO talks.

The protesters burned an effigy of the trade organisation. “On the one hand, the cost of agriculture is soaring. On the other, farmers are being pushed into distress because of the dumping policies of the WTO. India should ensure that all imports are taxed, and should follow a path that aids farmers,” said Chamarasa Mali Patil, president, KRRS.