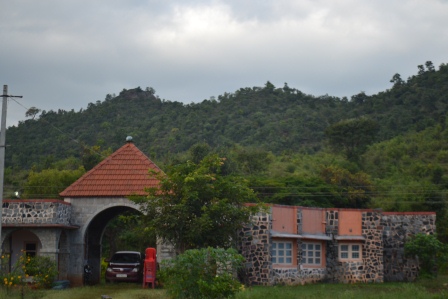 Feb 15: On the occasion of the 77th birth anniversary of the iconic farmers’ leader Prof. M.D. Nanjundaswamy, the Karnataka Rajya Raitha Sangha (KRRS) and the Bhartiya Kisan Union (BKU) organized a series of events from the 13th to the 16th Feb to commemorate his memory. The North and South Indian farmers movements jointly inaugurated their own Gram Swaraj (Village self rule) School called the “Prof. Nanjundaswamy Life school” as well as an auditorium called “Mahinder Singh Tikait School of Struggles,” named in the honor of the late BKU farmers’ leader. The Gram Swaraj School is located at the KRRS farmers’ training center – Amrita Bhoomi in the Chamragajar Nagar district of Karnataka. The activities were spearheaded by Chukki Nanjundaswamy, managing trustee of Amrita Bhoomi and daughter of late Prof. M.D. Nanjundaswamy.

Eminent social activist Medha Patkar, Dalit writer Shri Devanuru Mahadeva and the firebrand adivasi (indigenous) activist CK Janu of Kerala participated in the inauguration ceremony. Later other distinguished activists like policy analyst Devinder Sharma, “waterman of India” Rajendra Singh, Social scientist Prof. Yogendra Yadav, seeds conservation expert Krishna Prasad, Founder of Timbaktu Collective Babloo Ganguly, and others joined the cadres at a farmers training camp. The speakers made compelling presentations that were enjoyed greatly by the farmers on a variety of issues ranging from the type of politics needed by the farmers movements today, land, cooperative building,peoples’ politics, water crisis, climate change, seed sovereignty, agro-ecology. The camp aspires to build solidarity and strengthen alliances between the farmers movement and the other various peoples movements and organizations across India to save agriculture and create a true people oriented development model. Farmers from all over the country participated in this landmark event.

The location of the events – Amrita Bhoomi training center is a unique institution and a commendable task undertaken by the Karnataka Farmers Movement. A long time dream of the late leader M.D. Nanjunsdawamy, the center aims to train farmers from across the nation and the south asia region on how to build peoples’ own local solutions to the agrarian crisis with a special focus on agroecology.

India has a shameful record of the highest hunger levels, poverty and farmers suicides. There is no doubt that the current economic and agricultural policies are failing,leading to a forced migration out of villages. As policy analyst Devinder Sharma and Yogendra Yadav pointed out “if nothing is done soon, then the farmers of today will become extinct in a few decades, villages will become ghost towns, farmers will turn into casual laborers, lands will be diverted to industry, agriculture will become industrialized and concentrated in the hands of corporations.” Medha Patkar, stressing on the need to build alliances between movements to save villages and farming said, “The corporations’ eyes are falling upon our lands. Laws of the government are encircling the people, dalits, farmers, tribals. They call us the “unorganized sector”, the sector in which most of the people, laborers and farmers, are not getting the security they are due. However, in this so called “unorganized sector” we are actually organized as people’s movements. We need to unite farmers from different sectors, farmers from Kauvery to the Ganges, from adivasis to dalits. We must keep farmers attached to their soil, engage not just in resistance but also build our own development model like cooperatives and natural farming.”

The Amrita Bhoomi center is step in this direction of constructive politics – farmers movements building their own development model, and grassroots solutions to the agrarian crisis. It will carry out training on self reliant ecological agriculture, seed saving, local medicine, cooperative building, low scale local energy generation and water

conservation. Most importantly it will provide political training to farmers and youth on the importance of defending their lands and their culture of farming, thus strengthening the farmers movement to defend village life for the future of our country. “We are launching our center because resistance cannot take place without the building of people’s alternatives.We will prove to the world that ecological farming does work and can feed the world. We will conserve our native seeds and move towards self-reliance in energy production. Such efforts are essential to reverse the environmental and social disasters caused by green revolution,” said Nandini Jayram of KRRS.

The farmers gave out a call to action for the 18th March as the date of a joint mobilization with other peoples movements on the land acquisition act in New Delhi. The ICCFM also passed a resolution to guide future activities of the farmers movements this year – prioritizing farmers suicides, land rights, farmers income, and agro-ecological farming as a response to climate change.

In the end, farming youth from across the country carried out a joint panel to discuss the future of the farmers movement and their role in taking it forward. There were both rural youth, and also the so called “new peasants”, urban youth that have taken to farming. They highlighted that would like to see a movement that was creative, pointing out that Amrita Bhoomi was an inspiring  institution, one where they could find their space, become politically active, and value the village life. It was a truly inspiring moment which gave great hope to everyone, that the future is not necessarily as bleak and farmer-less as our policy makers may like it to be.