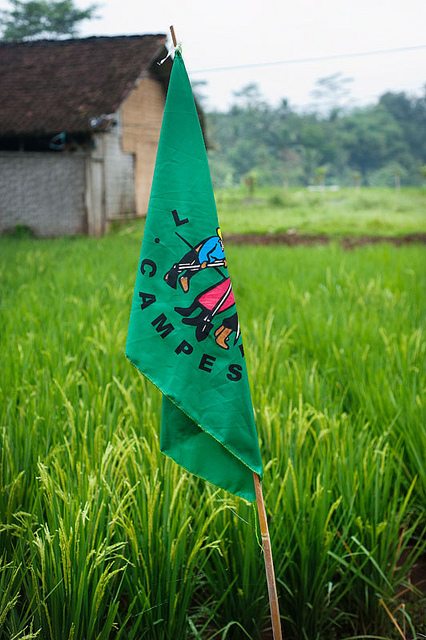 Harare, 08 August 2014 – Hundreds of people from grassroots organizations, including small-scale farmers, rural women, farm workers and members of mining impacted communities from Southern African countries will be at the 2014 SADC Peoples Summit. The summit takes place in Bulawayo, Zimbabwe from 14 to 16 August, 2014. Members of Via Campesina Africa, the Rural Women’s Assembly (RWA), WoMin and the People’s Dialogue will be strongly present in Bulawayo, to build alternatives and propose a regionalism that prioritizes people, not corporations.

Caravans of African farmers, rural women and mining impacted communities from Mozambique, South Africa, Swaziland, Zambia, Lesotho, the DRC, Malawi and other countries will unite with Zimbabwean organisations and movements in Bulawayo to demand social and economic justice, based on the people´s perspectives.

The southern African region is faced with ongoing challenges and deepening crisis as a direct consequence of neo-liberal economic policies. Transnational corporate capture and control of people’s basic means of production (land, water, seed, etc.) is escalating, with the complicity of political and government elites. Natural resources are increasingly being privatized due to the myriad of investment agreements our governments have entered into with corporations, western governments and the “newcomer” emerging economies, like the BRICS.

Land has been grabbed at a significant scale in almost all SADC countries and the agribusiness model is destroying peasant-family agriculture, the only proven sustainable and ecologically friendly model that produces most of the food for SADC countries. Extractives corporations are grabbing land and water, and polluting the soil, air and water that rural farmers rely on to grow food and sustain livelihoods.

Ana Paula Tauacale, a farmer and leader of Mozambique Union of Famers, UNAC – member of Via Campesina – said that in the case of Mozambique, “land is being given away to foreigners to grow crops for export in the expense of dispossession of local small-scale farmers. This is the case of the ProSavana in Nacala Corridor”, a programme to increase crop output by bringing in large-scale agribusinesses. Ana Paula added saying that “we need to defend small-scale and family based agriculture in our countries since we have proven that we can feed the world”.

Seeds, our common heritage, are now also within the radar of corporate control and under threat from the proposed seed protocols under the Common Market for Eastern and Southern Africa (COMESA) and the Southern African Development Community (SADC). The former seek to ease the flow and marketing of commercial seeds in the eastern and southern African regional markets and the latter, to harmonize the SADC region seed policy on Plant Variety Protection (PVP) basis respectively. These new laws will, with time, open up the whole region to transgenic seeds (GMOs), which have found space in South Africa and recently in Malawi. Traditional seeds will be pushed out and smallholder farmers’ use and exchange of such seeds will be criminalized.

Mercia Andrews from the Rural Women’s Assembly added: “we need to fight for peoples’ livelihoods, which will benefit the home market, organically linked to agriculture and manufacturing industries. This will create jobs not only for the urbanites but also for the rural communities and allow an equitable development within the SADC countries. The SADC people need to be free to self determine their destiny in all spheres of life (social, political and economic)”.

Samantha Hargreaves from WoMin said “we call for a just transition to an alternative development model, which protects and defends the land and natural resources upon which rural communities depend, which is based on a transformed renewable energy system, and in which decisions to extract are made by the people and not by the transnational corporations and their lackeys in our governments”.

In Bulawayo, Via Campesina, the RWA, the People’s Dialogue and WoMin will have self-organized events addressing important themes, such as Public Policies for Food Sovereignty in SADC, Tax justice to stem the illicit flow of funds by crooked transnational corporations, and Alternative development paths to address the devastating environmental and social impacts of extractives industries. Solidarity exchanges to local communities will be undertaken, and the Southern Africa People’s Tribunal on transnational corporations will also be launched. These activities will help build a consciousness within a broader constituency, which will be the locomotive of our struggle for popular sovereignty, popular livelihoods and popular democracy.

Contacts for press (for more information and phone interviews):