Home » Events » Updates from Civil Society Consultation with the FAO in the Near East and North Africa conference: UAWC 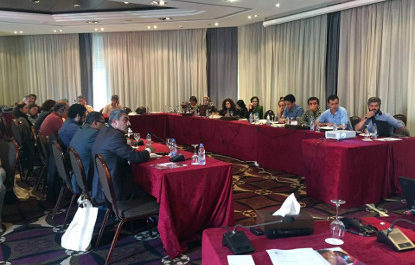 Updates from Civil Society Consultation with the FAO in the Near East and North Africa conference: UAWC

Ramallah: the Union of Agricultural Work Committees concluded its participation in” Civil Society Consultation with the Food and Agriculture Organization in the Near East and North Africa” conference, which was held in Beirut on 7th April2016. 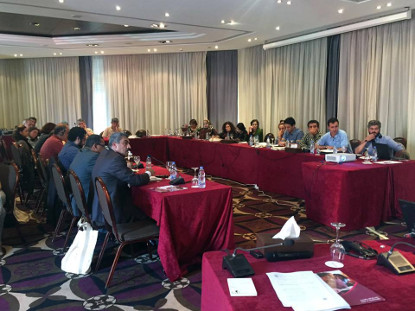 Al-Jibeihi presented special recommendations related to Palestine, where she stressed on the specificity of the situation in Palestine as a country suffers from the Israeli occupation for decades, and that “FAO” policies and public policies should take the sensitivity of the situation in Palestine into account. She added that the FAO’s documents and initiatives did not take into account the occupation and its impact on the people, and did not take into consideration the Palestinian small-scale sufferings, and therefore any policy issued must consider the Palestinian issue as its top priorities.

In addition, Al-Jibeihi stressed on the sensitivity of area “C” in Palestine which constituted 60% of the area of Palestine, and included the most important natural resources, Therefore, this area must be on the top priority in FAO’s programs and projects.

It is important to add that the participants from different civil society organizations participated in the preparation of a strategy to create a network of small farmers in attempts to solve the problem of weak representation of small-scale farmers in international events. The participants came out with recommendations that would be discussed in the “FAO” Regional Conference which will be held on 9th May 2016, and a representative of Palestine was nominated to speak about agricultural work, at the conference.