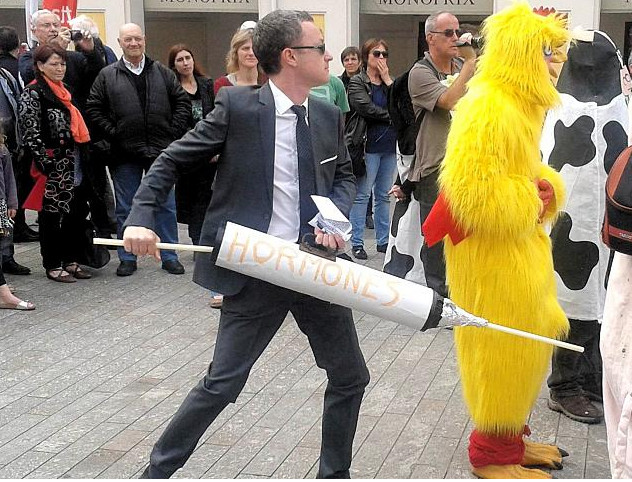 2015 is a year of big—and perhaps irreversible—changes due to the multiple processes of Free Trade Agreements (FTAs) around the world. These deals are being concretized without most people understanding what they imply and how they affect citizens all over the world. Therefore, as April 17th, marks the International Day of Peasants’ Struggle, peasants themselves have dedicated the commemoration as a time to fight against FTAs and corporate power. We too, introduce the question of FTAs to encourage awareness about what is at stake. What is the origin of these agreements? What effects have they had where they are already implemented? Who wins and who loses?

In Latin America the debate onFTAsis not new and social movements have spent years fighting against them with varied results. However, the public debate and social movements in Europe is recently deepening the involvement with the subject. The European Union and the United States, along with other public and private stakeholders are currently engaged in negotiations on a free trade agreement, the Transatlantic Trade and Investment Partnership (TTIP), which would likely result in unfavourable conditions primarily for the residents ofthe European Union.Negotiators from both parties have indicated that the goal is to sign the treaty in 2015. Under these circumstances, and with a global perspective, social movements in Europe have a window of opportunity to take advantage of the growing debate on these kinds of agreements in order to promote discussion and mobilization on the core issues that such treaties represent.

But TTIP is not the only FTAs ​​under negotiation this year. The Trans-Pacific Partnership (TTP) is another trade agreement with big economic and political implications that is being negotiated. The agreement is discussed between countries in the Americas (Chile, Peru, Mexico, U.S. and Canada) and countries in the Asia Pacific region (Vietnam, Singapore, Malaysia, Japan, Brunei, Australia and New Zealand), with additional countries such as Costa Rica and Colombia eager to join the process. TTIP is seen as crucial element in the power struggle between China and the USA, and therefore China has responded by pushing for the launch of negotiations on the Free Trade Area of ​​the Asia-Pacific (FTAAP). This alliance would include 21 countries, among them China and the U.S. The events of this year will be crucial for the development of these processes as well as power relations that will have global impact. Regarding the relations between the European Union and Latin America, it is expected that the negotiations between the European Union and Mercosur will move forward this year and that the FTA with Ecuador will be ratified.

To understand how a FTA can affect democracy, the environment, food sovereignty and the population in general, a closer look at Central America, where a FTA was signed with the US (CAFTA) ten years ago, gives us the possibility to identify the winners and losers of these trade deals. Proponents of such treaties are driving the development of a number of FTAs, arguing that these treaties stimulate trade between countries and thereby an increased production and the creation of more employment. Thus, the underlying assumption is that when a country’s economy grows, the welfare of its people also improves.

“In Central America, CAFTA has supposedly contributed to a slight economic growth, however, this has not been reflected in improvements of the welfare state. The FTA has prevented the development of a production model basedon food sovereigntyand solidarity economy in Central America that many peasants actively campaign for.On the contrary, the FTA has strengthenedthe agro industrialandextractivist modelthat prioritizescheap labourforfactories and the export ofminerals.This has resulted inan increasing concentration ofwealth by an elite group of people at the expenseof the most marginalizedsectors of society and the exploitation of nature, says Georgina Muñoz Pavón from the Network Monitoring Impacts of FTAs in Central America.
As a consequence, migration fromCentral Americato the U.S.has skyrocketedin recent years as a consequence—not matching the stated in the socio-economic objectives of CAFTA.This couldbe attributed to theagreement,since the situationof the most vulnerablesectors has aggravatedand many peopleare looking for alternatives abroad to improvetheir living condition.

Consolidation of a model that undermines human rights and democratic values

In general, free trade treaties are biased because countries and different sectors often negotiate from very unequal power positions. This is the case of the rural sector in Latin America up against the highly industrialized and subsidized agricultural sector in the U.S. and the countries of the European Union. Small-scale producers often struggle to survive in a capitalist market promoted by the FTAs that is designed to benefit big corporations.
A part of TTIP—heavily promoted by the corporate sector—is the synchronization in systems of regulation, which seeks to eliminate the differences in market regulations for parties. This often generates very negative effects on the quality of food that is traded in the European Union, as many regulations could further disappear.

This kind of difficulties have already been seen in Central America where, as a result of CAFTA, several states have been sued when making decisions that favour the environment and their citizens while challenging the capitalist interests of big corporations. These legal procedures are possible because of the investor-state dispute settlement (ISDS) that is part of CAFTA, and that will also be included in TTIP in order to strengthen the power positions of corporations.
A clear example is what took place in Costa Rica when the national parliament, after a strong campaign from the civil society, decided to ban open-pit mining and the use of chemicals such as cyanide and mercury in the extraction process in 2010. Since then, several North American mining companies have sued the Costa Rican state. In other words, ISDS implies that states are punished for listening to the demands of their citizens, who are clearly losing power and influence.

Social movements unite against the giants

CAFTA implicates, like most FTAs, greater difficulties for smalland medium-scale farmers. In many cases they are not “allowed” to use and exchange native seeds,and are forced to buy certified seeds that are usually owned by large U.S. corporations. In the case of Guatemala, they might be facing an exclusion from CAFTA for not having a seed law that meets the requirements of the agreement. Recently, Guatemalan social movements achieved the abolishment of aseed law that followed the guidelines of CAFTA as a result of mass demonstrations together with other advocacy tactics. However, there is a risk that the law will again be approved, since the interests of the majority of the populationare in conflict with those of the big corporationsand influential economic sector.

“The approvaland implementation ofthe seed lawcould have serious impacts on the biodiversity and damage our health andeconomy. However, weare confident that the indigenous and peasant sectoras well as consumers, are now more aware about what might happen in the future with this law”, says Natalia AtzSunuc, from the Guatemalan network of peasant and indigenous organizations Waqib’ Kej.
In Europe, civil society is now organizing against the free trade agreement between the EU and the U.S.The EU has already signed several agreements of this kind with other regions and countries in the world, making its mechanisms and elements nothing new.However, this is the first time that the European citizens will experience how their lives will be directly affected in a negative way by a FTA.

Vía Campesina has thus announced that this International Day of Peasant’s Struggle will be dedicated to the fight against transnational corporations and free trade agreements. Therefore, we underline the need to understand the issues surrounding FTAs from a global perspective, and mobilize as social movements around the world to inform people about the dangers of unrestrained consumerism for humankind’s sustainable development and the protection of the environment. In addition, it is on us to collectively influence decision-making processes—where the real problem is not the lack of international trade, but the current predatory model that leads to unequality.