Home » European Commission carries on with the eradication of agricultural biodiversity 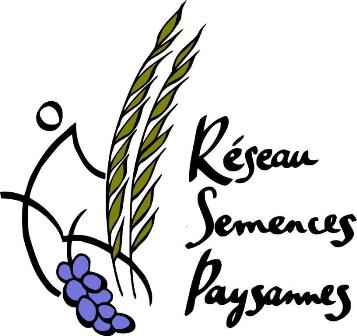 The European Commission carries on with the eradication of agricultural biodiversity.

The European Commission announced today to the European Parliament its decision to withdraw the reform concerning the regulation of the seed market (or Plant Reproductive Material law). In doing so, the European Commission closes down the few openings proposed by the previous Commission which aimed at stopping the current and dreadful erosion of agricultural biodiversity. The right of farmers to exchange their seeds, the right for small enterprises (with a turnover of less than 2 million Euros) to commercialize all the available biodiversity without having to register it in the catalogue, and also the opening of the catalogue to seeds that are less standardized, synonymous of less standardized food : all those openings are shelved.

The French Farmers’ Seed Network (Réseau Semences Paysannes or RSP) hopes that the French government will not take advantage of this situation to move back on the prospects opened at national level for population varieties and exchange of seeds between farmers, prospects regrettably not yet entered into force . The RSP will firmly oppose on any attempt of come-back from the inspectors of the industrial seed inter-professional branch who are chasing farmers, gardeners and small-scale seed companies that are making tremendous efforts to cultivate and diffuse biodiversity.

In the absence of this new legal framework, the Free-Trade Agreements, which are currently being negotiated with Canada (CETA) and the United-States (TTIP), are likely to oblige the EU to adopt the same liberal deregulation which led to a situation where, in these two countries, two or three international multinational companies hold more than 90% of the cultivated seeds mainly through patents. That is why the French Farmers’ Seed Network (RSP) supports actively the more and more numerous mobilizations of the civil society which are aiming to stop the signature of the these free trade agreements and will do everything to obtain seed laws that effectively protecting farmers rights and agricultural biodiversity.