(Harare, January 12, 2016) Zimbabwe is facing a very serious drought this agricultural season 2015/16. A similar situation obtains in the rest of the Southern Africa region. The drought is reportedly linked to the El Niño. Since October 2015, a month when the rain starts, the region experienced unprecedented heat wave, temperature soaring as high as 42 degrees Celsius. The heat wave persisted into November and December and early January 2016, months which traditionally are peak rainfall. Only a few drops were received.

Most peasant farmers who planted their crops in November last year, have lost all such crops as it has wilted succumbing to the heat.  Some farmers replanted hoping that the rains would come but this crop too has faced the fate. Small grains are affected too.

According to rainfall data compiled by Nelson Mudzingwa, ZIMSOFF National Coordinator, Shashe Agroecology School area [in Masvingo] received a total 49mm between October and December 2015, no rains falling in October, 9mm in November and the rest in December. Only 3mm of rainfall has been recorded in the first 12 days of 2016. The severity of the drought can only be seen if one compares this data with that from 2009/10 to 2014/15 agricultural seasons, which received 52, 219, 251, 148, 137 and 224mm for the same period. 2010 was the last drought and its effects in terms of food shortages stretched into 2011. 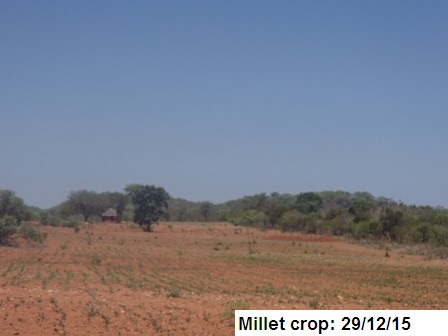 “By this time of the season [in January] we will be expecting farmers to be busy in the fields and first maize crop being harvested as green mealies. The first crops dried up during germination and the second crops are struggling, says Elizabeth Mpofu, La Via Campesina General Coordinator and leader of Zimbabwe Small Holder Organic Farmers forum, a local peasant organisation which promotes agroecology and food sovereignty.

The livestock have been affected the worst. “As we depend on livestock for tilling the lands also this drought is causing a big lose as the animals are dying every day. Most farmers did not even till the land, says Elizabeth. The local media reported that over 1,000 cattle succumbing to drought in some parts of Masvingo.

She continued “So we are facing a terrible situation where there will be severe hunger and assuming this will last long because until the next farming season people won’t have food to feed the families. This is the situation we are in right now”. This means more people and more assets could face a drought worse than anything in Zimbabwe and in the region has seen in a long time.

The government of Zimbabwe is mobilising funds to import about 230,000 tonnes of maize from Zambia. This happens at a time when the economy is struggling and facing a liquidity crunch. Last year about 49% of national cereal requirement was harvested; deficit was imported. The country, except on drought years, which occur once every decade, is generally food secure.

Smallholder farmers produce about 80% of the food (cereals, pulses, fresh vegetables, etc) consumed in the country. They produce also the bulk of the cash crops such as cotton. This has been the case since independence in 1980. Following the extensive land redistribution exercise which started in early 2000s, smallholders now dominate production of most crops. Except for maize, seed for most food crops is farmer saved.

Some families have been reported to have run out of maize and small grains and are surviving on eating and selling wild fruits. As early as 4 December 2015 (IRIN) reported that about 29 million people in southern Africa were already facing food shortages as a result previous season’s poor harvest. It predicted that worse could be on the way as the region faces another poor harvest, possibly a “disastrous one”. 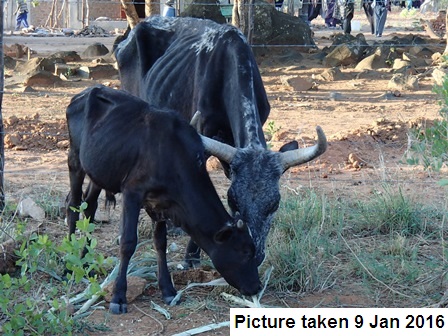 Climate change related weather variability affect the ability farmers’ predict weather shifts based on traditional knowledge. Some small farmers have lost their savings invested in agriculture due to unpredictable climatic conditions. There is an urgent need to support such farmers to recovery among other things lost traditional seeds and livestock and rebuild their food sovereignty.