Home » Debate on the milk crisis: the global impact of exports and local solutions

European Coordination Via Campesina (ECVC)  kindly invites you to a public debate it is organizing on the current crisis of the European dairy sector, this Thursday 14 January at 2pm in the International Press Center.

The discussion with Indian dairy farmer Kannaiyan Subramaniam, representative of the Coordination Committee of Farmers Movements of South India (SICCFM), along with his European counterparts, will shed light on the export policy response of the EU to the dairy crisis as well as share insight on the current free trade agreement negotiated between India and the EU.

This milk event is the continuation of several years of struggle carried out by the European peasant movement denouncing, on the one hand, the misguided and erroneous policies implemented by the European Union that -with milk prices below 30 cents per liter in most European countries- are driving countless farmers to bankruptcy and debt. On the other hand, we have been striving to put food sovereignty and sustainability in the center of the EU’s agricultural policy.

If you would like more information on the work our organisation leads regarding this issue and the background of the speakers, please don’t hesitate to contact us. 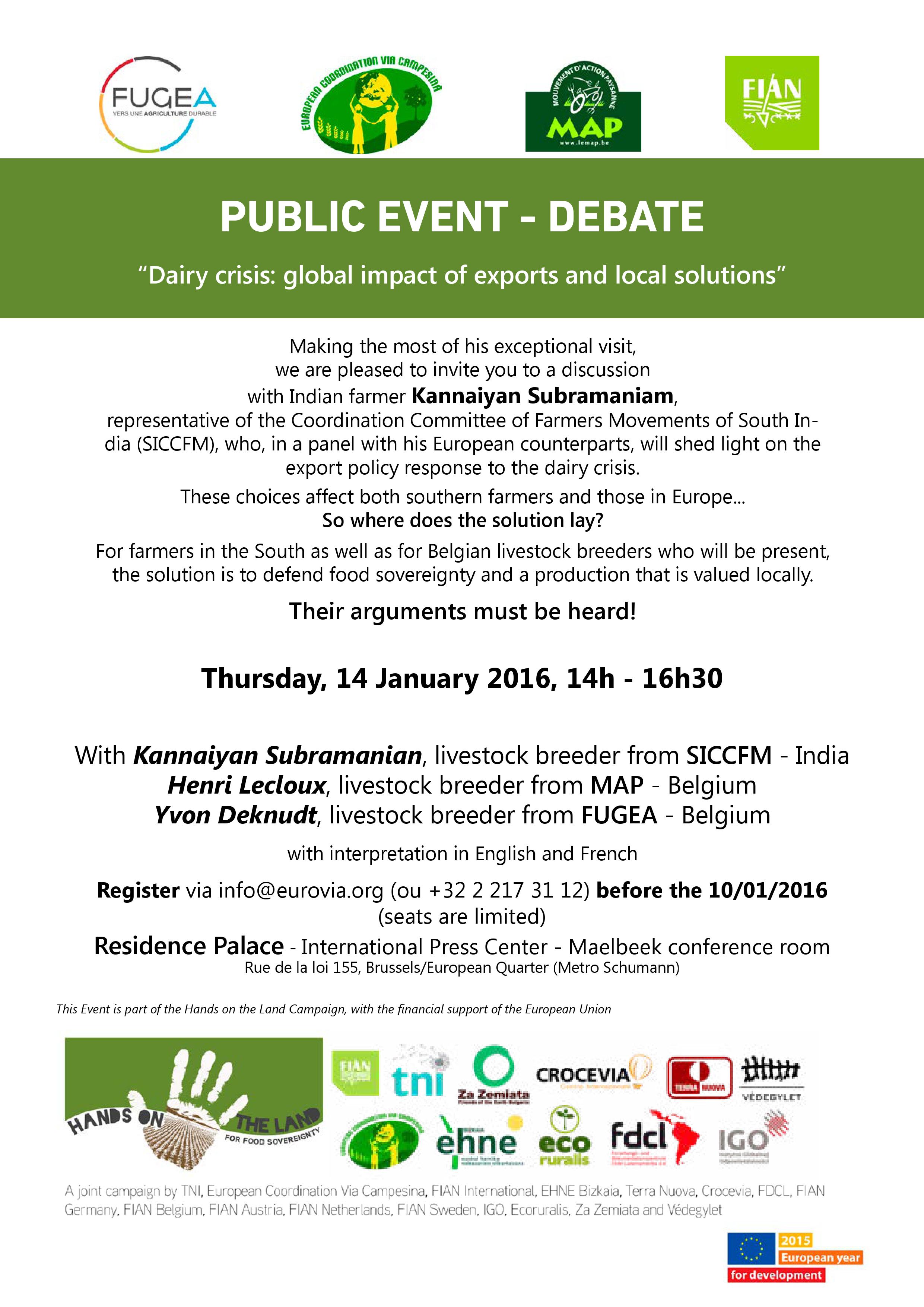