Home » VII Conference set to begin in a few days: Here is a look back at the previous ones! 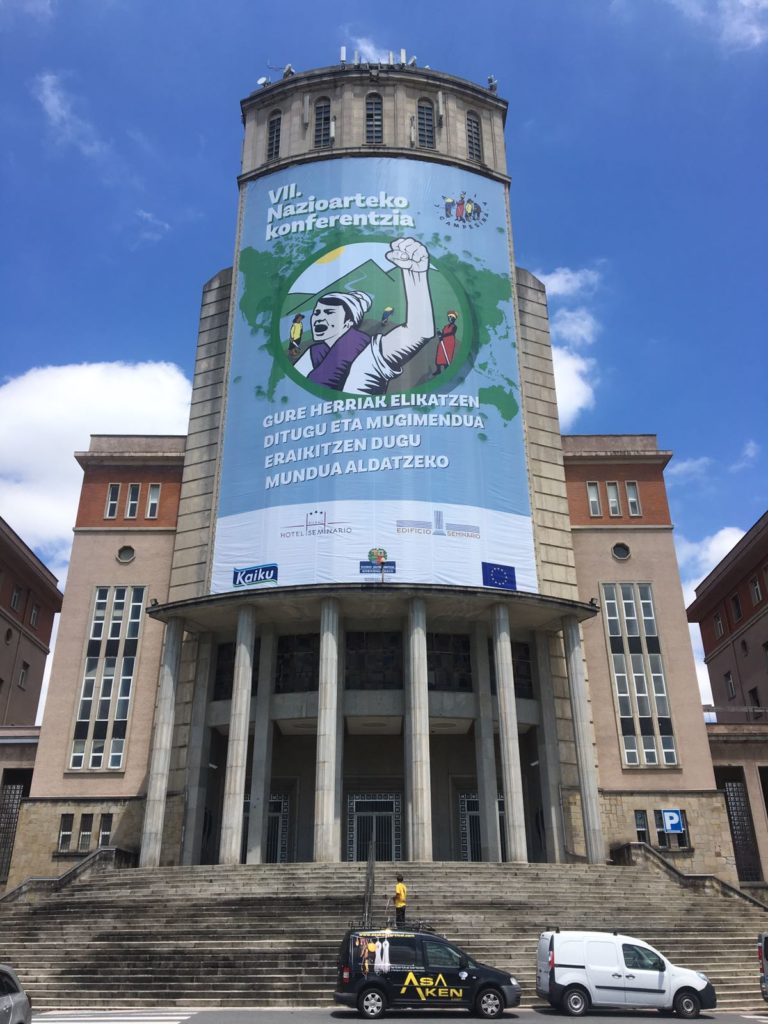 In a few days from now, La Via Campesina, world’s largest peasant movement will gather together in Derio, Basque Country for the VIIth International Conference. The stage is set and over 400 delegates from 70+ countries to attend the highest decision making space of the movement. It is also an occasion that brings together diverse cultures, languages and communities under one roof – to exchange, debate and deliberate on issues that affects their lives.

As we are getting ready to welcome this vibrant gathering, here is a quick history about the movement’s six international conferences held so far.

The first one was held in Mons, Belgium in 1993 and was also where the movement was born.

The Second International Conference was held in Tlaxcala, Mexico, in 1996. Read the Declaration of '96: https://t.co/iMLadtM8sX #LVCHistory pic.twitter.com/oRm4jNkVlo

In the memory of peasants who were killed #17April became the Int'l Day of Peasant Struggles #LVCHistory #7ConfLVC https://t.co/olehtoG4nV

The 3rd Int'l conference in Bangalore (2000) was also when the first women's assembly was held in ViaCampesina. #LVCHistory #7ConfLVC pic.twitter.com/nyF7WbpoR2

And here we are preparing for the VIIth!

We leave you with this fantastic song made for the conference! It celebrates peasant struggles and solidarities to usher in food sovereignty for all of us peoples in all parts of the world.

"if we sow solidarity, we will reap the benefitsif we plan equality, our culture will grow,Work for all, Food for all, Freedom for all!"#LaViaCampesina (#7ConfLVC) – With less than 10 days to go for the VIIth International Conference we bring back this song, with subtitles! It celebrates peasant struggles and solidarities to usher in food sovereignty for all of us peoples in all parts of the world. Lyrics by Basque writer Joseba SarrionaindiaPerformed by E.T.S. (En Tol Sarmiento)in collaboration with Ines Osinaga (Gose)with Ehnebizkaia