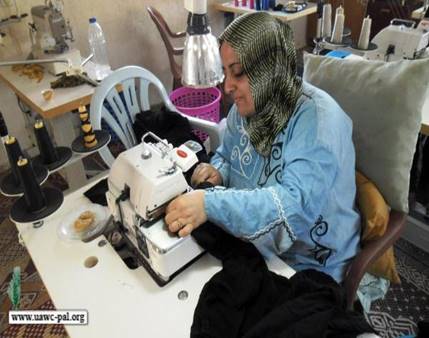 (Ramallah, April 4, 2016) the Union of Agricultural Work Committees concluded the second phase from “Deprived Families Economic Empowerment Program” (DEEPII). Which is targeted 60 families from the governorates of Tulkarm, Qalailia, and Salfit through small income-generating projects.

The UAWC’s project Coordinator, Mohamed Yassin, confirmed that the project aims at improving the standards of living for Palestinian families by supporting the economic growth for the targeted families, and reducing the unemployment rate, thus, improving the standards of livings in the Palestinian society, pointing out that the project began in February 2015 and continues to the end of the month of April 2016.

Furthermore, Yassin, illustrated the criteria for selecting the program’s beneficiaries, which mainly depended on Families lists provided by the Ministry of Social Affairs, then the UAWC conducted a survey to investigate the families available resources to select the final beneficiaries. Then, the project team conducted a visibility studies for the selected small projects to make sure of the projects outcomes and their sustainability.