Home » There is no Agroecology without Women 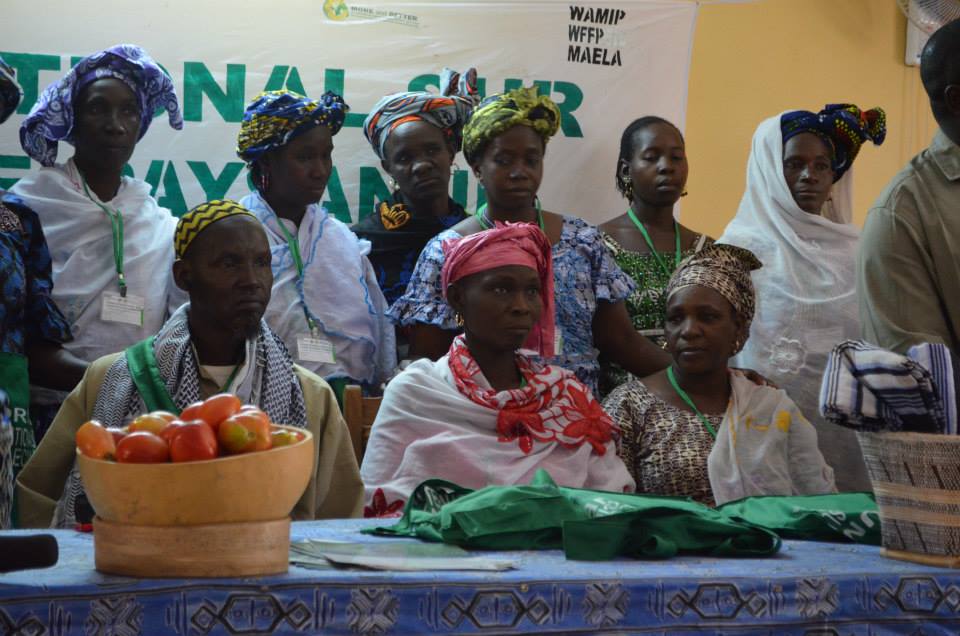 Mali, Sélingue, February 25, 2015 – Although men still have the most privileges with regard to access to land, credits and other agricultural inputs, one cannot speak of agroecology without women. Women play an important role in the food production all over the world, thus there is no people´s Agroecology without a central and leadership role for women.

This was the reason why in the afternoon of the first day of the International Forum on Agroecology taking place in Sélingue, Mali (24-27 March), more than 60 women from Africa, Asia, Americas and Europe decided to convene a parallel “women space” to have a common understanding on the significance of their work as peasants, fisherfolks or pastoralists. Nandini Jairam, a peasant farmer from Karnataka, India said “it is thus essential that women discuss and exchange their experiences and challenges among themselves in order to have a clear understanding of the value of their valuable work”.

At the meeting they also discussed the similarities of struggles faced by the peasant women and the fisherfolk women. A fisherfolk representative explained how, just as in the case of land, fisherfolk women are also affected by ocean grabbing and corporate capture. “We also lack access to resources to practice our work peacefully”, she said.

In what they named Women meeting for Agroecology, a space which peasant women from Confederation of Peasants Organizations of Mali (CNOP) actively helped to organize, the women came out with key proposals that will be included in the final document to be released at the end of the International Forum on Agroecology.

1.     Mali: “Agroecology is in our hands! We are building it further together!” – Opening of the International Agroecology Forum