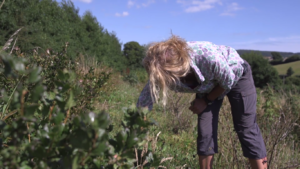 The “A Matter of Scale” report, highlights how a diverse and vibrant sector of small farms is providing employment, attracting new entrants and incubating entrepreneurs.

A survey of 69 holdings of 20ha and less, undertaken by the Landworkers’ Alliance in conjunction with the Centre for Agroecology, Water and Resilience at Coventry University, provides a preliminary insight into the diversity, productivity, financial viability and multifunctional benefits offered by such farms. The report is accompanied by five short films about key themes arising from the research.

A recent BBC survey revealed that “over 70% of British growers say they would reduce their UK operations if access to key labour markets is restricted post-Brexit”. However, the “A Matter of Scale” report offers an alternative vision for the future of UK horticulture.

Author of the study, Rebecca Laughton says, “Many young people are attracted to the more varied, meaningful and skilled work offered by small scale organic and agroecological holdings, as opposed to industrial farm work which is perceived to be monotonous. Aspiring new entrants are motivated to learn about systems which address environmental challenges such as climate change, soil depletion and biodiversity loss, and prefer the friendlier atmosphere of small farms and market gardens, where they can learn a variety of skills”. 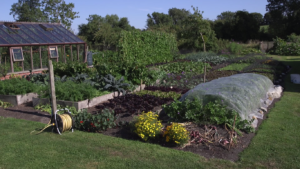 The report shows how organic market gardens, many of which are less than 5ha (the threshold below which Basic Farm Payments are not currently available), are able to produce yields of certain crops that exceed those of non-organic growers.

A dramatic increase in the number of small, agroecological market gardens, especially in peri-urban areas, could help reduce the trade gap for fruit and vegetables, while providing pleasant and meaningful all year-round employment for local people and a thriving. Furthermore, respondents in the survey suggested that the health and environmental advantages of vegetables and fruit being produced near to point of consumption and sold directly include freshness, less waste and less energy used in transport. Other key findings include:

• Compared to average UK farm incomes the ‘A Matter of Scale’ (AMOS) sample were performing well financially. 78% of the sample was receiving no farm subsidies, and subsidies made up less than 20% of the income for 19% of those who were receiving subsidies.

• Most of the farms were adding value either by direct marketing or processing their produce into cheese, juices or preserves. Vegetable box schemes, farmers’ markets and community supported agriculture schemes enable better incomes, while building customer trust through provision of fresh and sustainably produced food.

• Barriers to productivity included: lack of capital to invest in equipment and infrastructure, meaning the efficiency of some holdings was less than optimal; affordability of land and accommodation; and lack of technology suitable for small scale farmers. 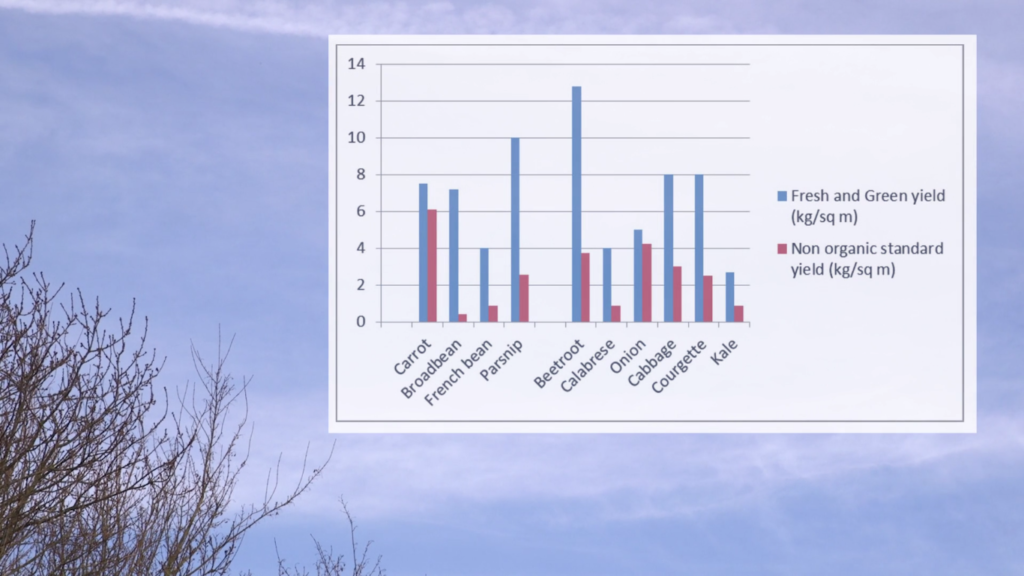 Author of the study, Rebecca Laughton says, “Until now, little research has been conducted into the productivity and viability of small-scale, agroecological farms in the UK. This study shows that they deserve closer attention by both policy makers and academics as they simultaneously address many of the challenges facing twenty-first century food production, including UK provision of vegetables and fruit, fulfilling employment opportunities, reduction of greenhouse gas emissions and food waste, and the re-building of rural communities.”

In the battle for hearts and minds that underlies most public discussion about food and agricultural policy, the issues of food security and environmental management are used to support most perspectives.

A debate about whether or not organic farming can feed the world has raged since the early days of the organic movement. Meanwhile, the sustainable intensification and industrial farming lobbies argue that more people can be fed from less land and fewer resources if we adopt technologies such as precision farming and genetically modified crops. These two perspectives feed into the ‘Land sharing versus land sparing debate’, in which integration of production with ecological management is differentiated from maximising productivity on some areas to free up land for wildlife conservation (Fischer et al. 2014).

Productivity underlies all these arguments, and ‘agricultural efficiency’ is seen by many as a holy grail to be sought at all costs. The impact of scale, or farm size, has been an important aspect of this debate. Large farms are often viewed as more efficient because they can achieve economies of scale through using larger machinery and bulk buying inputs, giving an advantage when competing in a low-price environment (Rosset 2006, p. 10). Small farms are often viewed as an old fashioned, romantic anachronism – unprofitable, inefficient and not to be considered as serious contributors to food security or rural economic growth. Small farms are at best considered to be niche – producing ‘high end’ products for an elite market – and at worst to be simply ‘hobby farms’.

This dismissive attitude to small farms ignores the fact that 70% of the world’s food is produced on small scale, family farms (ETC 2009, p. 1) and evidence that in many countries there is an inverse relationship between farm size and productivity (Cornia 1985). Peter Rosset (1999) documented the multiple functions and benefits of small farms both in the United States and worldwide and argued that even in industrialised countries small farms can outperform larger ones in terms of productivity and economic viability.

It is hard to find evidence of productivity comparisons between small and large farms in the UK, despite the fact that a growing small farm sector is providing food for local people and livelihoods for farmers. Small farms are more often lauded for the wide range of environmental and social benefits they generate.

However, producing food is the most important function of agriculture and all farms, large and small, need to be more than just parks for biodiversity conservation and landscape aesthetics.

The purpose of this study is to discover how much food small scale farms (20 ha and less) in the UK are producing, as well as to ascertain their financial viability, and set these findings within the context of the multifunctional benefits they deliver.

Measuring performance of small farms in terms of productivity, economic viability and delivery of public goods will provide evidence for policy makers about the role that small scale farms have in the UK food system and indicate how policy can support the growth of this sector. The study aims to prompt debate and encourage others to build on this work with further research on the role of small farmers in UK food system.