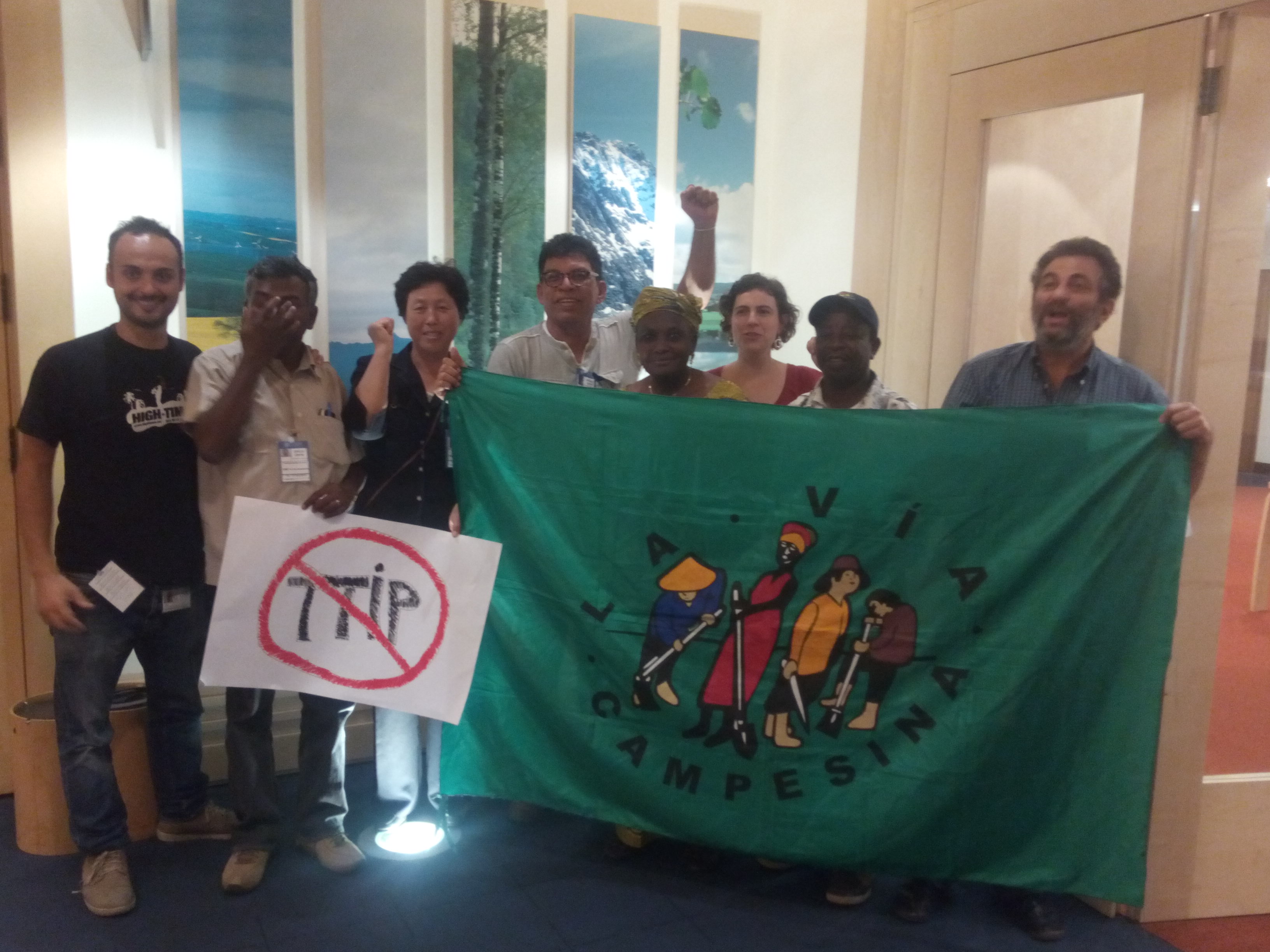 (Rome, 11th October) The delegation of La Via Campesina, gathered in Rome for the meeting of the Committee on World Food Security (CFS), reiterates its rejection of the ongoing negotiations of several free trade agreements such as the TTIP[1], TPP[2] and CETA[3]. We do this within the framework of the Global Day of Action against TTIP and in solidarity with the 16th October, the Global Day of Action for Food Sovereignty. The delegation is participating in the 41st session of the CFS where the 10th anniversary of the Right to Food Guidelines is being celebrated. For small-scale farmers there is no reason to celebrate however, as the implementation of the Guidelines has not advanced at all. Conversely, trade negotiations, contrary to the Right to Food, are advancing at a concerning pace.

The promotion of competition through the suppression of tariffs and standards is strengthening an agricultural and food system increasingly controlled by multinationals. The neoliberal trade paradigm is blind to social, environmental, and human rights standards and only benefits the profits and control of a few transnational corporations. The increased commodification of food does not respect or support the right to food.

The anti-democratic and secretive  nature of the negotiations confirms the analysis that people will not benefit from these agreements.

They destroy the capacities of farmers to produce for local communities and of citizens to decide on the food they eat. They will not support the urgent shift we need to put a stop to climate change.

The LVC delegation in Rome is committed to pursuing policies supporting sustainable peasant agriculture. This is the only agricultural model capable of eradicating hunger in the world and therefore LVC urges the CFS to evaluate, monitor and subordinate the policy decisions taken by other international bodies. We urgently need to shift trade rules to a model in line with food sovereignty that promotes agroecology and agrarian reform.