Home » Statement of Assembly of the Poor Condemns violence 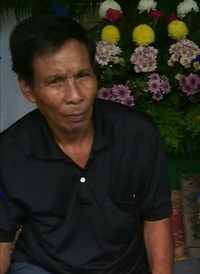 (Thailand, February 14, 2015) On 3 February 2015 Mr. Pianrat Boonrit, the president of an agricultural cooperative, a member of Southern Peasant Federation of Thailand, was summoned by the military for attitude adjustment and detained in a jail in Vibhavadirangsit Military Camp in Surat Thani Province until 5 February 2015. On the same evening the military demolished Permsab Community (a member of the agricultural cooperative, the Southern Peasant Federation of Thailand). The community locates in Chaiyaburi District in Surat Thani Province. The community members are struggling for land rights. They held a vigil not allowing the capitalist to enter and harvest oil palms in a national reserved forest of which the concession was expired for 14 years. Later on 11 February 2015 Mr. Chai Boonthonglek, age 61, also a member of the Federation was shot dead.

Yesterday (13 February 2015), the joint armed force of police and military officers guarded a private company’s transportation of the drilling equipment into Ban Na-moon Village, Doon Sad Sub-district, Kra-nuan District in Khonkaen Province to install the drilling rig. The drilling is continuously opposed by local people. Even the National Reform Council, hand-picked by National Council for Peace and Order (NCPO) itself, voted 130 to 79 against the petroleum concession policy. But the NCPO does not listen and is stubbornly determined to use violence to clear the path for the capitalists.

Assembly of the Poor sees that these actions demonstrate the thoughtless and excessive abuse of authority, the disrespect of law and the leadership that acts like a doggish servant to the capitalists and is much more evil and wicked than politicians whom NCPO itself overthrew.

Assembly of the Poor condemns such actions of the NCPO. We see that the NCPO is not legitimate to govern the country. Its illegitimacy is even stronger than before. We do not have any demand to NPCO. We would only like to call on to people from all walks of life to oust the NPCO if the NPCO does not immediately return the sovereignty back to people.

“ Democracy where people can eat, Politics where the poor matter.”