Kerala, a Southern State in India, suffered devastating losses after torrential rains that lashed the state in three rounds, wreaked havoc all across. Over 320 people lost their lives and hundreds of thousands had to be evacuated from their homes – when shutters of 80 dams had to be opened due to heavy rains. 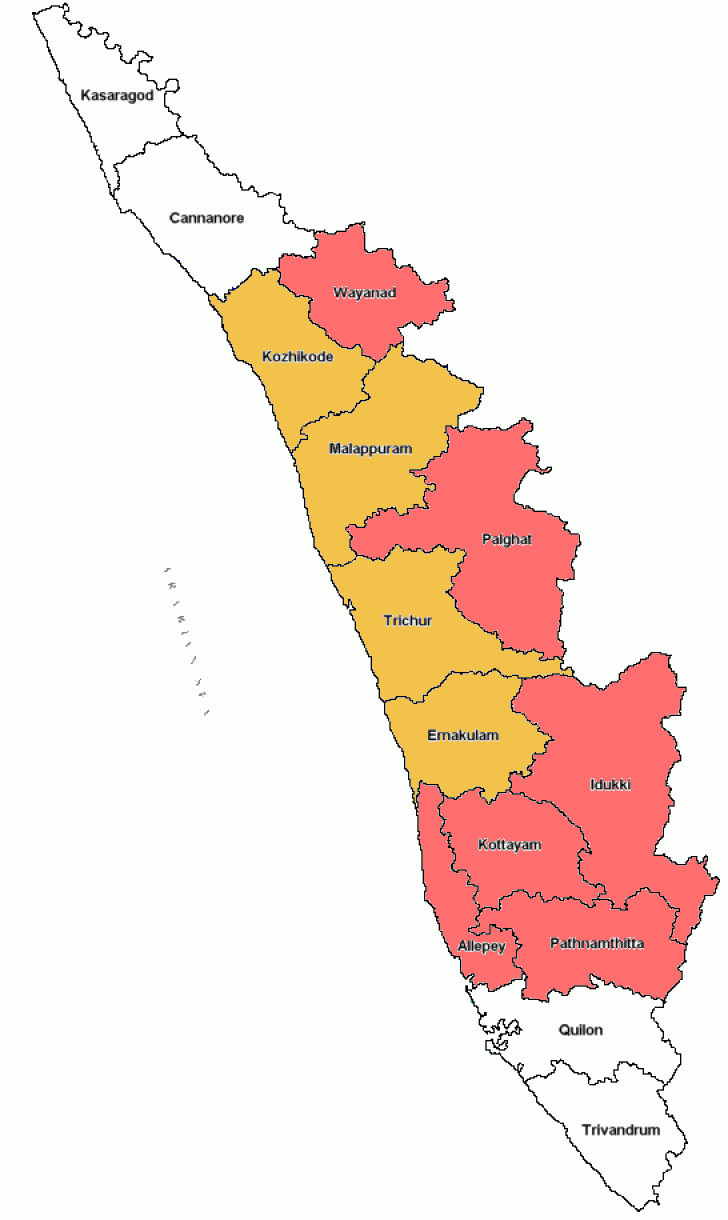 People living in districts close to the Western Ghats – namely Wayanad, Palakkad, Idukki, Pattanamtitta were severly affected by landslides and flooding. Parts of Ernakulam, Kottayam and Alappuzha were also inundated.

While a detailed estimate of the loss to agriculture and livestock is yet to be made, the damage to heavy rains from as early as July is expected to have affected small scale farms as well as plantations.

Devison Ak from the Kerala Coconut Farmers Association and also a member of the South Indian Coordination Committee of Farmers Movements (SICCFM) – both of which are members of La Via Campesina – said “ It has been a total washout. Water levels rose up upto 10 metres and more. People had to be evacuated from the second and third storeys of buildings. An estimated 46,000 hectares of farm land has suffered losses. This was also a festive season in the State – with Onam and Bakrid just around the corner. Paddy, vegetables, banana have all been among the damaged crops.”

Media reports as early as July had indicated that the state would face a crunch in paddy production due to severe rains. With the latest round of heavy flooding witnessed in mid-August, it is expected to aggravate the supply of paddy. Reports indicate that the State requires 4 Million Metric Tonne of Rice every year, of which close to 1.4 Million MT is set aside for the food security of the most vulnerable. Much of it is imported from nearby States.  The economic implications of this flood are going to be severe.

Kannaiyan S, who is also involved in the relief efforts in the district of Wayanad applauded the significant role played by people of nearby States in offering support. “It is heartening to see people coming together at a time of crisis. The fisherfolks played an immense role in rescuing people from inalnds – where only their small boats could reach. In Wayanad – social activists from the district and Tamil Nadu are helpiing secure relief materials to places such as Sugandagini, Manda, Edakkal Caves, Mepadi – where a significant number of adivasis (indigenous people) are residing.”

Besides affecting Kerala’s agricultural sector, the devastating floods have dented the State’s animal husbandry and dairy sector, causing an estimated loss of around ₹800 crore, according to a report in The Hindu Businessline. It is reported that over 100,000 milch cattles and 400,000 poultry were lost.

There has been a loss of rich genetic resources of crop varieties and breeds and the flood-hit districts are some of the best agri production and promotion zones, the report added.

In the nearby state of Karnataka, the rains made known its fury. In Karnataka, which accounts for over 70 per cent of the coffee produced in the country, rain has damaged plantations in the producing regions of Kodagu and Chikmagaluru. At this point, some members of Karnataka Rajya Raitha Sangha are helping with relief and rehabilitation efforts.

– This article is prepared based on preliminary reports coming in. It will updated as we have more information from the ground —