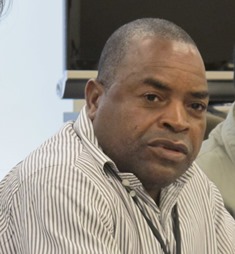 Maputo, August 5th 2015 – the National Union of Small-scale Farmers of Mozambique informs you that our president, comrade Augusto Mafigo, died this Wednesday morning. The incident occurred in the city of Quelimane, Zambezia province, where the small-scale farmer’s leader was on another mobilisation and follow-up mission, together with the small-scale farmer associations affiliated to UNAC in that province. Mafigo, who had shown no signs of being severely ill days before leaving for Zambezia, suffered strong convulsions and other anomalies on Wednesday morning and was taken to the Provincial Quelimane hospital, where he passed away around 8.30am.

“There are no words to describe how much comrade Mafigo meant to us. It is a great loss. We have lost a colleague, a leader, a father, a hero”, said Ana Paula Tauacale, vice president of UNAC.

“We can never talk of our comrade Mafigo in the past. He showed immensurable companionship, knew how to take the small-scale farmers movement in Mozambique to higher ground to defend the interests of small-scale farming families in the process of development. He gave his heart and soul to the noble cause of men and women small-scale farmers. He will forever be remembered for fighting against injustices and in favour of human rights; A leader, activist, a real man full of humility and courage. We cannot repair this loss but we will build on his legacies”, extolled Luis Muchanga, Executive Coordinator of UNAC.

Mafigo dedicated almost his entire life to the cause of men and women small-scale farmers since becoming a member of a small small-scale farmers association in N’padue, close to the city of Tete. He was elected as president of the National Union of Peasants in October 2010, the position he held until the date of his passing.

According to the former Executive Coordinator of UNAC, Diamantino Nhampossa, Mafigo “wholly and selflessly dedicated himself for decades. He could have taken other paths, perhaps easier and more pleasant, but he chose the winding path of tirelessly fighting for the cause of Mozambican small-scale farmers”.

At the age of 58, Mafigo leaves behind a wife and 8 children. The funeral will be held next Friday, 7th of August at 14.00 in the city of Tete, his hometown.

NB: To send messages of condolence and solidarity to the small-scale farming family, please contact: