Home » Peasants’ rights belong to peasants! Don’t take a single one away!

Final Statement of La Via Campesina during the Sixth Session of the Governing Body of the International Treaty on Plant Genetic Resources for Food and Agriculture. Rome, October 9th,  2015 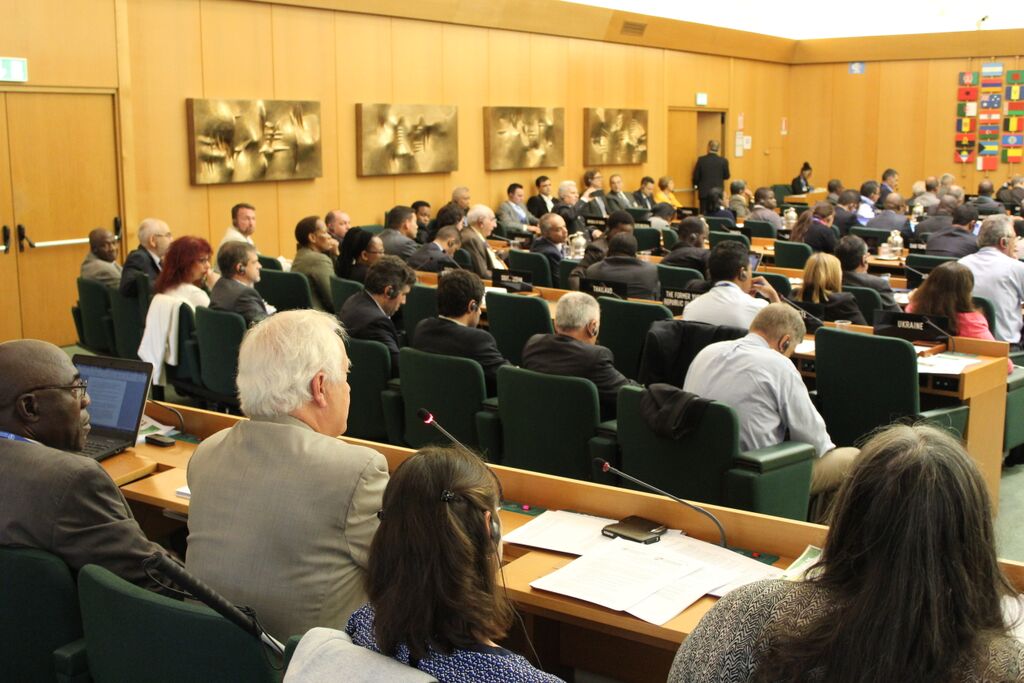 30 years ago, in this very same room, civil society already suggested the debate on farmers’ rights to the FAO. Now, 30 years have gone by; an entire generation. Finally, the Treaty was approved but in reality, its implementation is still incomplete.

Together with many farmers’ seed networks from across the world, La Via Campesina has warned about the risk of abuses created by the collaboration between the Secretariat and Divseek regarding the access to plant genetic resources and Farmers’ Rights. The time has come to reiterate our warning: it must not be allowed that the violations of the principles and rules of governance of the Treaty lead to its destruction. Now, it seems that the Treaty is becoming a “gigabyte treaty” which does not defend farmers’ rights, in situ conservation, nor peasant seeds.

Given the speed at which the negotiations on the Global Information System are taking place, the Treaty must cease to cooperate with DivSeek. Within the next few years, all genetic material held in public germplasm banks will be sequenced and available for corporations to access without having to sign a SMTA (Standard Material Transfer Agreement). This is a violation of the Treaty. We take the Governing Body’s decision to delve into this issue into account. However, we fear that once this will be done, damage will be irreversible. All resources, as they become “dematerialized” will end up becoming a part of the patenting game.

La Via Campesina thanks the Governing Body for having permitted civil society to suggest a space which enables greater participation. However, we are outraged by the Governing Body’s decision to leave it in the hands of agricultural research, UPOV and WIPO to define farmers’ rights, without having foreseen participation of national and international peasants’ organizations, which are the ones that keep and renew the diversity of seeds in their fields.

La Via Campesina thanks the numerous countries which have supported our suggestions. We also thank the Indonesian government for offering to host the debate on farmers’ rights.

Nevertheless, we decry the behavior of two countries which have set stumbling blocks in the way of any positive decisions in favor of farmers’ rights.

Doors for increased peasant participation could be opened. But to do so, first, governments must assume their responsibilities, cooperate fully and open these doors in their own countries.

The difficulty in realizing Farmers’ Rights is due to the fear of corporations. But we, peasants, are not afraid. The agro industrial system is depleted. It is destroying our biodiversity, our local seeds and production systems. And they do not have a “Plan B”. What will happen when all this comes to an end?

For industry, the priority is to maximize profits, as quickly as possible. Quite to the contrary, the priority, for peasants’ is to feed the world’s population and maintain biodiversity, the basis of food production.

Governments are responsible for making citizens, city dwellers, consumers and workers participate in this debate.

But if governments do not fulfill their duty, La Via Campesina will take the initiative to raise awareness among citizens.

La Via Campesina will take action in every country, so that peasants can participate in defining and implementing their own rights as stipulated in the Treaty.

Don’t take a single one away!