(Nepal, 29 June, 2007) Rice is the most significant staple food of Nepalese people.  Actually Rice is life, culture and dignity for Nepal. Rice also contributes  the GDP and the level of per capita income in Nepal. Rice is cultivated in Nepal across all ecological regions. Terai, the southern belt of Nepal, is the strip of Gangetic plain, the granary of rice fields. In hilly regions rice is cultivated from the low river bed to 3000 meter high terraced hills. Similarly, in high mountain regions rice is cultivated along the deep river valley and locally developed high land variety of rice suitable to cultivate in mountain environment of nearly 4000 meters above sea level. 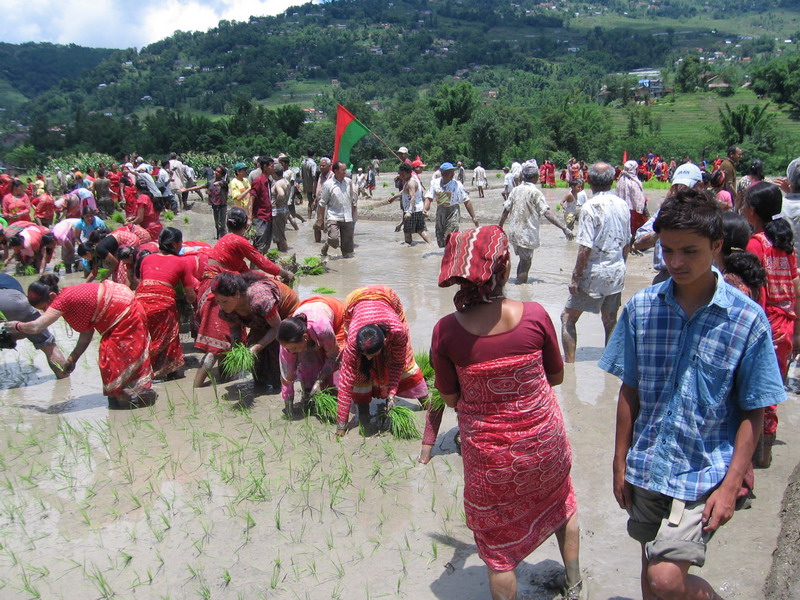 Nepal has been recognised as the land of largest variety of rice totaling more than 2000 varieties of rice genre in this small Himalayan country of 147181Sq km. Rice covers 2541729 ha. out of 3091000 ha. of farm land. Peasants are so innovative on their own experience of rice cultivation for centuries that they conserve, develop and protect and improve new varieties adoptable to different ecological settings. There are rice crop varieties which mature to harvesting within a short span of two and half months to long span of nine months together.

Good monsoon means good harvest of rice, which means augmented growth rate of Nepalese economy even at present day. Therefore, rice is not only a crop but foundation of national life enjoying both politico-civil concerns and socio-economic-cultural aspects of this nation.

The traditional rice farming and culture has seriously been threatened since the introduction of developmentalism in late 60s’ under so-called Green Revolution. For crop maximization, farmers were forced to propagate alien varieties rather than own eco-culturally fit ones. Liberalization and commercialization further augmented this process. The Agri- TNCs promoted mono-culture to serve their profit mongering. In such imitation- led situation, rice and rice culture naturally fell back.

Small farmers are marginalized as big landed gentry buy out the tillers. In the name of globalization and neo-liberalization and implementation of WTO’s agreement on agriculture, they control rice production and agriculture in general which has moved more and more farming communities and peasants to off farm activities profiting for agro-chemical transnational corporations. Fertile land for rice has been converted into industrial use, urbanization and other undertakings. Rice as peasants’ heritage has greatly been threatened. Peasants are committed to resist  this down grade trend on rice and rice culture. It has been felt urgent at mass level to kick off a new move in favour of rice acculturation traditions. Therefore, ANPFa has organized Ashar 15 (June 29th ), the Rice Cultivators day as Resistance Programme since last Decade. 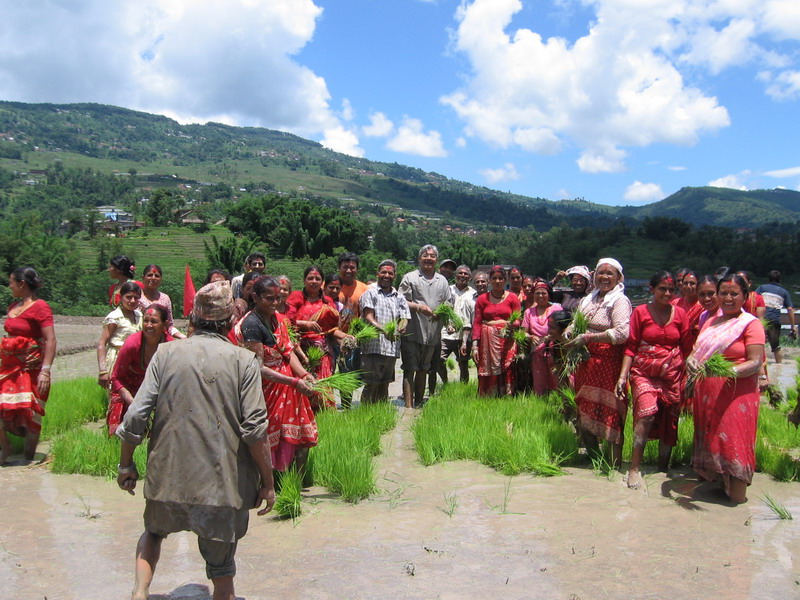 Ø      Similar programme was held in local Bhakunde Besi, Kavre District where Mr Prem Dangal,  Secretary-General of ANPFa was the chief Guest and National committee members Kul Chandra Adhikari, Tok Bd. Tamang were the guests. About 1000 farmers gathered on that occasion with red-green ANPFa flags and festoons.