Home » Peasants Denounce Impacts of Climate Change in Rural Areas and its Most Severe Consequence: Hunger 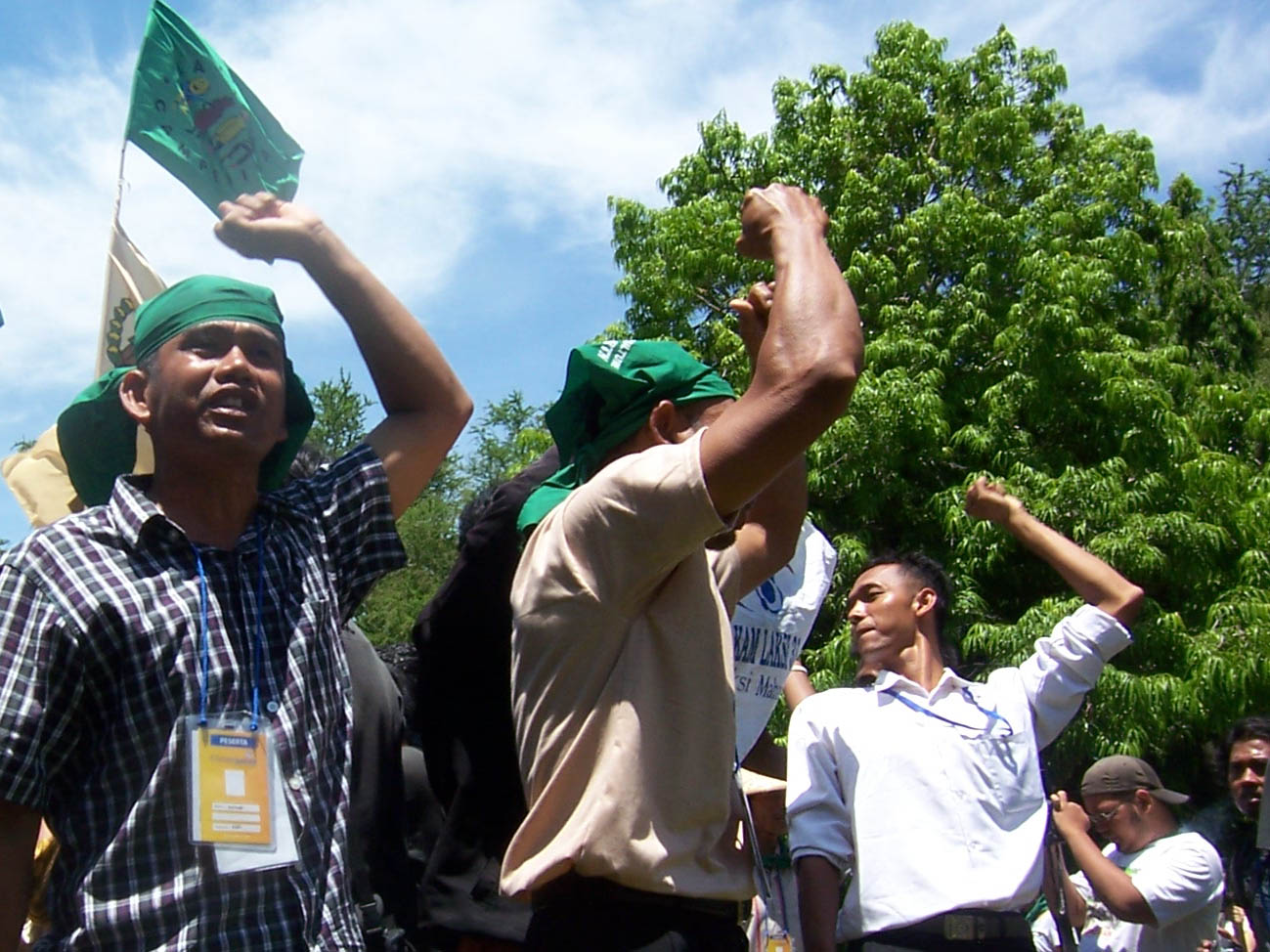 The Global Day of Action Against Climate Change took place on Saturday, in parallel to the Conference of the Parties to the UN Convention on Climate Change, which is being held in Bali for the past two weeks. A delegation of over 200 members of La Via Campesina from nearly 20 countries from Asia, Africa, America and Europe participated in the demand for serious government measures to tackle climate change globally. 1,300 people from social movements and organizations, as well as farmers, small producers and landless peasants joined a big mobilization in the Bali region of Kuta, to demand climate justice.

Real World Radio interviewed the international coordinator of La Via Campesina, Henry Saraghi, who is also the top leader of Peasant Organizations of Indonesia. Saraghi said “For us is very important to say to the governments that are meeting in the hotel that if they continue to solve the problems of the global warming based on the market, the global warming problem can’t be solved, and the same thing happens with the hunger in the world”.