The International Conference on Food Sovereignty, Agrarian Reforms & Peasants’ Rights jointly organized by the Nepal Peasants’ Forum along with All Nepal Peasants’ Federation and La Via Campesina, was successfully held in Kathmandu as per schedule. The conference is attended by representatives from 16 different countries from Europe, Africa, Latin America and Asia. The inauguration session took place amidst a grand function punctuated by Peasants’ songs. 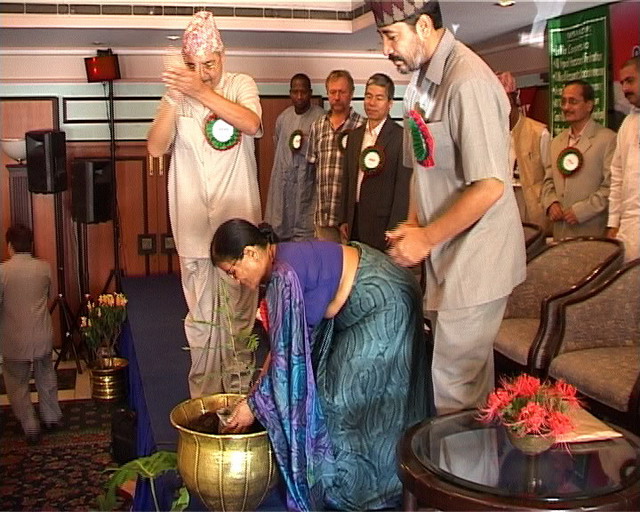 Foreign Minister and chief guest of the ceremony Madame Sahana Pradhan expressed that such conference played a significant role at an important time when food sovereignty is included in the constitution of Nepal but the specific policies to implement it are not framed yet. Similarly, Forest and Local Development Minister Mr. Dev Gurung called international peasants leaders to share their rich experience and strengthen the peasant community in Nepal and help to achieve Food Sovereignty. Agriculture and Co-operative Minister Mr. Chhabi Lal Biswakarma addressed the gathering saying that the right to food and sustainable agriculture development had to be guaranteed to Nepalese peasants. The Chairperson of ANPFa and Ex. Deputy Prime Minister Mr. Bamdev Gautam chaired the session and confidently asserted Food Sovereignty as the new rule that should prevail all over the world. 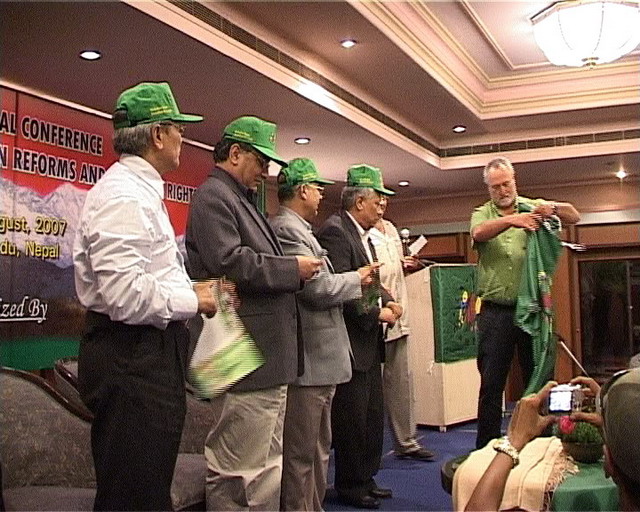 Mr. Henry Saragih, International Coordinator of the peasant’s movement La Via Campesina welcomed all national and international delegates on behalf of the international organizers and called for stronger solidarity to expand every country the experience of Nepal who managed to have Food Sovereignty recognised as a fundamental people’s right in the constitution. Ms. Sarojeni Rengam, Director of PANAP, Mr. Bashu Babu Aryal, In-Country Program Coordinator of IFAD, Mrs. Anna Amorim of MST, Brazil, Mr. Ibrahim Coulibali, director of CNOP, Mali, Mr. Jose Bove, La Via Campesina, France and Mr. Rafel Mariano, KMP, Philippines addressed the ceremony expressing their solidarity with the Nepalese peasants’ struggle for the recognition of Food Sovereignty as a fundamental people’s right enshrined in the 2006 Interim Constitution of Nepal.

Contacts in Kahtmandu for the media: