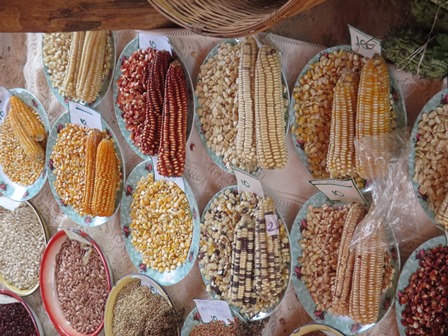 The recent reports that Tanzanian farmers would face heavy penalties or a long prison sentence if they continue their traditional seed exchange beyond government prescribed areas does not come as a surprise to La Via Campesina Southern and Eastern Africa (LVC SEAf) and its allies. This confirm our fears and what we have been lobbying against:- Alliance for Green Revolution in Africa (AGRA),[1] the New Alliance for Food Security and Nutrition (NAFSN)[2] and the Common Markets for Eastern and Southern Africa (COMESA)[3] and Southern Africa Development Community (SADC)[4] seed harmonisation regulatory systems. The consultations with the smallholder farmers and their various associations was very limited and done on the last minute following an outcry by the Civil Society Organisations. We highlighted that seed policy harmonisation path to promote commercial seed industry will lead to criminalisation of traditional farmer saved seed systems whose foundation is among things underpin by ability to exchange their seeds without restrictions.

Tanzania is the first country in the region  to taste the waters to see if a mobilisation by the affected will cause widespread social protests, not only there but in other African countries which are signatory to these harmonised systems and also those under the NAFSN. If protests fail to take root, then we will see similar wholesale pronouncements by other governments following the Tanzania footsteps, setting the stage for blanket criminalisation of peasant seed exchange systems.

“Tanzania has taken the lead to criminalise traditional seed exchanges, smallholder farmers and their allies must respond strongly”, said Elizabeth Mpofu a ZIMSOFF farmer leader and La Via Campesina General Coordinator. We will use all avenues open to us including engaging our governments internationally at UN agencies in Rome and Geneva, referring to FAO and UNHRC, she added.

Again, she stressed the need to reach out to the fast growing urban population, the big market and battle ground which big food corporations are trying to capture, through wider awareness campaigns to educate and promote traditional diets. The emerging healthy food movement and the debates around climate change provide ample opportunities and ammunition to build a consciousness against big food corporations. “Everyone wants a clean environment and good food”, says Elizabeth Mpofu. So we will use this to talk to our urban counterparts since our traditional seeds and agroecological farming methods are the only ones which can meet this new demand, she added.

Africa has entered a new phase whereby its investment hungry governments will be accountable to private companies which do not have in mind the interests of the local communities, but the increase of their profits and the expansion of their markets.

“If one considers all the countries under the COMESA, SADC and NAFSN, that’s over half of the Sub-Sahara Africa, that’s complete penetration and control of smallholders’ seed system from all corners”, said Delmah Ndlovu, ZIMSOFF farmer leader. This is a reality as most of these countries will one day or another start to enforce the reformed seed legislation which favours commercial seed companies. “Tanzania has unlevelled the playing field in favour of big agribusinesses by allowing them free reign and unfettered access to seed markets, while hamstringing the traditional seed exchange by smallholders,” said Ndlovu. There is no choice any more, he added. This contravenes Article 9 of the International Treaty on Plant Genetic Resources for Food and Agriculture (ITPGRFA), also known as “Seed Treaty”, which affirms no law(s) should “limit any rights that farmers have to save, use, exchange and sell farm-saved seed/propagating material”.

By limiting seed exchanges into prescribed areas, Tanzania (and the other governments which will regrettably follow the same path) is going against the freedom of farmers to exchange seed and choose what to grow, a key aspect of building an alternative to industrial food system through food sovereignty. Again, this goes against our culture which promotes family, kin and community ties which are strengthened by such exchanges.

LVC SEAf and its allies will use all avenues open to mobilise against this. In Zimbabwe, ZIMSOFF is reaching out to urban consumers to influence their diet choices. Together with other like-minded farmer’s organisations they organise traditional food and seed fairs in their localities and also participate in similar annual events at the national level. All these are designed to promote wider awareness about the current seed and food issues.

Examples like this should and are being pursued in other African countries. It is of the utmost importance that Africans mobilize to pressure our governments, and other socio-economic actors, towards the safeguarding of Africa’s genetic biodiversity and rich culture and value systems. We must all take sovereignty over decisions that affect our lives!

[1] Pushing for wider use of synthetic fertilisers, improved seeds and agricultural research on seed

[4]Mainly focusing on Variety Release system based on Distinctness, Uniformity and Stability (DUS)