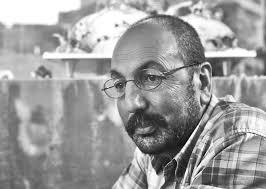 Family farming is suffering because of neoliberal policies that have been implemented for years. Agricultural production is now controlled by corporations, and land is slipping away from the hands of peasants.

Small farmers cannot produce anymore, and they become seasonal agriculture workers. Others move to the city and are forced to work under hard circumstances. These seasonal agriculture workers are forced to work in unhealthy spaces and precarious conditions that resemble slavery. They get to work on tractors, truck haulages, or in minibuses, piled on top of each other. Hundreds of workers are killed on the road on their way to work.

The ones who migrated from Syria are forced to work just for a meal. The migrants are used as a threat for agricultural workers when their salaries are reduced. The poor are forced to fight among themselves.

The government bases its development model on energy projects and accelerates its investments in complete disregard of the law. Coal plants, nuclear plants, hydro electrical power plants, wind power plants, and solar plants affect every region of the country.

The wells for geothermal energy create pollution, poison the air and the soil.

While we are having our conference here in Izmir, the peasants in Artvin, Cerattepe are defending life, resisting, confronted with physical violence and bullets as well. Let’s send our message of solidarity to the resisting peasants in Ceratepe by waving our hands!

For these investments to take hold, the state applies emergency expropriations which can only be applied during times of war according to the laws of the Turkish Republic. Thus, the land of the peasants is grabbed by the corporations with the help of the state.

Forests are being burned because of the war taking place in the Middle East and the South East region of Turkey. People are killed in bombardments. The ecology of the region is destroyed. Peasants’ right to produce is forcibly taken away, the soil and water is polluted. The ones who demand peace for the region are punished. The general secretary of the Cereals Producers’ Union, which is a member of our Confederation, is now in jail for demanding peace in a public statement, accused of helping a terrorist organisation. He is not here with us right now. We know that he is here with his heart. Together, let’s send our solidarity to him.

The peasants of the region producing under these difficult conditions also have difficulty selling their products. The war in the Middle East limits the exportation of agricultural products for the region. It forces the price of products to drop.

Which is why it is so important that this Midterm Conference of La Via Campesina is being held in Turkey. We are happy that peasant organizations from around the world are here, supporting our Confederation, and in solidarity with the obstacles we face. We hope that the Midterm Conference will help us overcome some of these obstacles, and convince more peasants in Turkey to join our Confederation. And lastly, we hope this will serve to strengthen the work of La Via Campesina, as well.