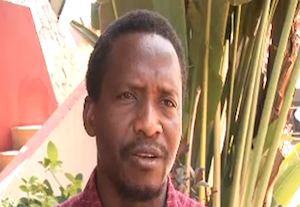 Land grabbing is a problem that has accelerated since the food crisis of 2008. It has become an extremely serious problem in Mali where, in just a few years, we have seen almost 700,000 hectares ceded by the government to either foreign firms or foreign states or to so-called national investors.

What we need to understand is that this landgrabbing trend plays right into the line of neoliberal policies because it is about trying to make people believe that peasants cannot feed us. That was the message from governments after the food crisis, that we have to raise food production. But if that were true, I think it was those very same policies, implemented in our countries over the last 30 years by the World Bank and the IMF, that failed to let us feed our countries. And we’re not going to solve the food problem by giving land to foreign interests. Especially since the food crisis proved that those countries which relied on the market for their food supply were left extremely vulnerable. So it really was the moment to strengthen local agriculture, invest in family farming, in order to produce more, or better yet, feed our countries.

Instead, it was decided to hand over farmland to states which have food supply problems. When a state like Libya, which has no water and whose lands are totally unproductive, comes to take over 100,000 hectares of farmland in Mali, it’s not to produce food for the Malians, that’s obvious. So why does the Malian state give our most productive and best irrigated lands to foreign interests or to countries which need to produce their food? That is what we denounce.

One thing that is clear is that all of this stems from a loss of control over policy making and implementation at the national level. In other words, all the ideas which shape our state’s policies are dictated from abroad.

I’ll give you an example. It was the President of the Republic himself who decided to assign land to the Office du Niger, which for us is totally anachronistic. It is not the role or the job of a head of state to give out farm lands. And there are rules for the proper management of these lands which “belong”, so to speak, to the Malian state. There is a decree, almost a law, which define how to manage these lands.

But these rules are thrown to the wayside now because the President of the Republic, on the insistence of the World Bank, set up for himself a Presidential Council on Investment. What is this Presidential Council on Investment? It’s a mechanism that was put into place in order to speed up the investment process in our countries. We have one in Mali, many African countries have one, they are a creation of the World Bank. And what do they do? Our heads of state basically hire super managers — young graduates fresh out of American universities who are on a completely different planet, they know nothing about the realities in our countries, they have simply done management or related studies. They are recruited and turned into presidential advisors on investment.

So anyone who comes with money, even if it’s drug money, the moment you have money, they roll out the red carpet. It’s completely dangerous. We do believe that tomorrow it’s possible that drug money can take power in our country because no one is looking or trying to understand who is coming in. As soon as you come with money, the doors open right up and they will give you farmland extremely easily with no transparency.

We can’t accept this. Especially in terms of the land problem. These are human beings who live on these lands. We are talking of thousands of villages, millions of people who have always existed: herders, pastoralists, farmers, fishers who are on these territories since millenia. They have rights. No one can deny them their rights.

So that is why we have mobilised. We did a major mobilisation on 22 November 2010 to show that we will not accept this, we will never accept this.

For me, there is no other term. Land grabbing is state banditry. We have to treat it as banditry because it’s about seizing or taking over the only resource that poor people have left and giving it those who already have too much, those who are already extremely rich. And that is not acceptable.