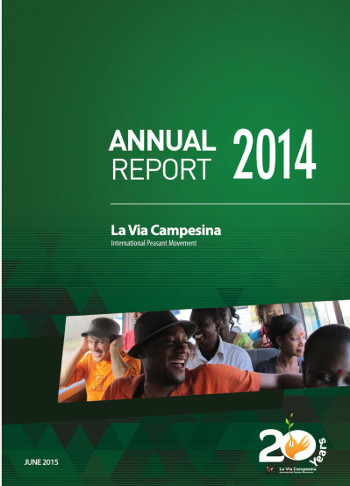 Summary : This 2014 annual report describes the key activities and the advances made during the year towards strengthening the international movement and achieving its goals. It is divided into five sections.

Peasant communities continue to struggle to remain on their land and and to defend peasant-based agroecological production. Resistance to agro-industrial production is increasing at both national and international levels. In addition, at the United Nations Human Rights Council, we find hope in the support on the part of several States for the process that is working towards a United Nations Declaration on the Rights of Peasants and People Working in Rural Areas, as well as for the new initiative to develop an international legally binding instrument on transnational corporations (TNCs) with respect to human rights.