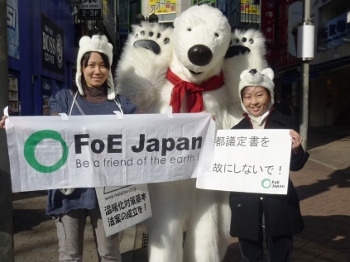 We asked people to High-touch with volunteer staffs and Shirobee for calling climate justice, as well as for demanding the legislation of climate change basic bill in Japan.

In total, We high-touched with more than 3,500 people.