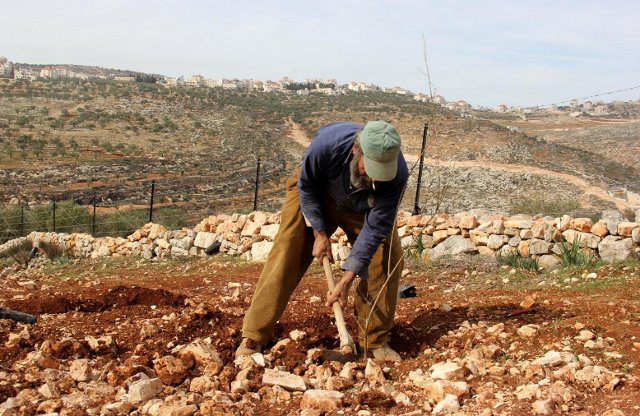 (Ramalah, May 4th, 2014) The Israeli Occupation uproots more than 1400 olive tree and sapling in one month!

The main Israeli violations against the Palestinian farmers during April/2014 were as follows: The Israeli occupation uprooted more than 1400 olive trees and saplings:

– The Israeli settlers from the Neve Daniel North settlement uprooted around 600 olive trees and stole some of them from the northern land of Bethlahem  governorate.

– The settlers from Yitzhar settlement uprooted around 50 olive saplings from the land of Nablus Governorate.

– Israeli forces bulldozed about 12 dunums of land in Khalet al Nahla area in Bethlahem Governorate which caused the uprooting of 300 olive saplings and damaged retaining walls and fences.

Read more about this violations.