Home » Invitation to sign on statement to denounce corporate takeover of Climate Summit.

We call upon all fellow social movements, peoples organizations and environmental and climate justice movements to sign on this statement and join us in this call to action. 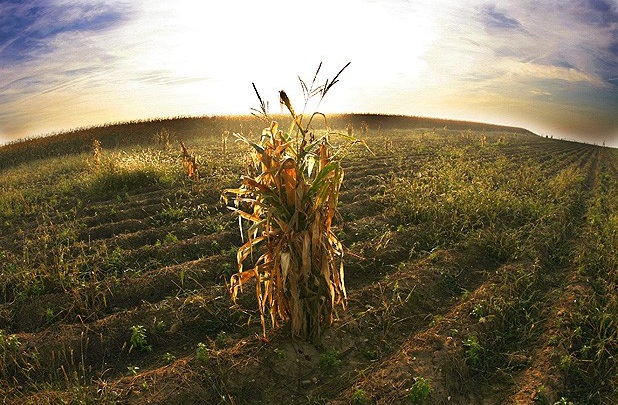 On the 23rd of September, United Nations Secretary General Ban Ki Moon, will host a Climate Summit in New York, bringing political leaders, big business and a highly select few civil society representatives. The Summit has been surrounded by a lot of fanfare but proposes voluntary pledges for emission cuts, market-based and destructive public-private partnership initiatives such as REDD+, Climate-Smart Agriculture and the Sustainable Energy for All Initiative. These are all false solutions of the green economy that seeks to further commodify life and nature and further capitalist profit. The undersigned social movements that all together represent more than 200 million people around the world, denounce this corporate take over of the UN and the climate negotiations process and call for a deep systemic change.

Climate change is the result of an unjust economic system and to deal with the crisis, we must address the root causes and change the system. There will be no going back from the climate chaos if we do not fight for real solutions and do nothing to confront and challenge the inaction of our governments’ policy-making being hijacked by polluting corporations. It is crucial for us to unify and strengthen our economic, social and environmental struggles and focus our energies on changing the capitalist system.

To sign on the statement, please send the name of your organization to: espaceclimat@gmail.com  If you would like to be included in the statement to be released to the media, please send us your endorsement on or before September 14, 2014.

When we, as human beings, get a fever, we immediately get worried and take action. After all, we know that if our body temperature rises to 1.5ºC, let alone 2ºC [3.6 ºF] above the normal average, there can be severe damage, while an increase of 4-6ºC [7.2-10.8 ºF] or more can cause a comatose situation and even death.

So it is, when planet Earth gets a fever. For the past 11,000 years, the average temperature of the Earth has been around 14ºC [57.2ºF]. It is now about to reach an increase of 1ºC. And, if we do not take appropriate measures now to stop this fever from spreading, the forecast is that our planet will be well on its way to anywhere between 2ºC to 6ºC rise in temperature before the end of this century. Under such feverish conditions, life as we know it will dramatically change on planet Earth.

We have no other recourse but to take action now. Not just any action but the right action and at the right time. When, for example, a human person has a fever, we urge them to rest their body, give them a lot of liquids, prescribe the right medicine, and if the fever goes up we bring them to the hospital and try to find the underlying cause of the fever, which can range from a simple infection to life-threatening diseases like cancer.

In the case of a planetary fever, the right prescription requires at least 10 actions to be undertaken and applied.

Make immediate binding commitments — not voluntary pledges — to control planetary temperature rise to no more than 1.5ºC [2.7 ºF] this century by reducing global greenhouse gas emissions per year to 38 Gigatons by 2020.
Let the Earth rest by making binding commitments to leave more than 80% of known fossil fuel reserves under the soil and beneath the ocean floor.
Move away from resource extractivism by placing bans on all new exploration and exploitation of oil, bitumen sands, oil shale, coal, uranium, and natural gas including pipeline infrastructure like Keystone XL.
Accelerate the development and transition to renewable energy alternatives such as wind, solar, geothermal and tidal power with more public and community ownership and control.
Promote local production and consumption of durable goods to satisfy the fundamental needs of the people and avoid the transport of goods that can be produced locally.
Stimulate the transition from industrialized, export-oriented agriculture for the global supermarket to community-based production to meet local food needs based on food sovereignty.
Adopt and apply Zero Waste strategies for the recycling and disposal of trash and the retrofitting of buildings to conserve energy for heating and cooling.
Improve and expand public transportation for moving people and freight within urban centres and between cities within urban regions through efficient trains.
Develop new sectors of the economy designed to create new jobs that restore the balance and equilibrium of the Earth system such as climate jobs to reduce greenhouse gas emissions and Earth restoration jobs.
Dismantle the war industry and military infrastructure in order to reduce greenhouse gas emissions generated by warfare, and divert war budgets to promote genuine peace.

At the same time, we must also be aware that all actions are not appropriate actions and that some initiatives can worsen the situation. Perhaps our most pressing challenge is the fact that big corporations are capturing the climate agenda to make new businesses designed to take advantage of the crises. In response, we need to send a message, loud and clear, to corporations: ‘Stop Exploiting the Tragedy of Climate Change!’

More specifically, we need to resist the ‘greening of capital’ as the solution by rejecting the following policies, strategies and measures:

The commodification, financialization and privatization of the functions of nature through the promotion of a false “green economy” agenda which places a price on nature and creates new derivative markets that will only increase inequality and expedite the destruction of nature.

This means saying No to REDD (Reducing Emissions from Deforestation and forest Degradation) … No to Climate Smart Agriculture, Blue Carbon and Biodiversity offsetting — all of which are designed to create new for-profit business for corporations.

Mega and unnecessary infrastructure projects that do not benefit the population and are net contributors to greenhouse gasses like, mega dams, excessively huge highways, stadiums for world cups, etc.

Free trade and investment regimes that promote trade for profit and undercut domestic labor, destroy nature, and substantially reduce the capacity of nations to define their own economic, social and environmental priorities.

Finally, we also need to go beyond identifying right and wrong prescriptions to naming the disease that constantly causes and drives this planetary fever. If we don’t take this step, the fever will keep coming back again and again in a much more aggressive way. We need to take stock of the roots of the disease in order to weather the storm.

Scientists have clearly traced the problem of increasing greenhouse gas emissions back to the industrial revolution 250 years ago while tracking the spurt that has taken place during the past century. From this analysis, it is clear that the industrial model of increased extraction and productivism for the profit of a few is the prime cause of the problem. We need to replace capitalism with a new system that seeks harmony between humans and nature and not an endless growth model that the capitalist system promotes in order to make more and more profit. We need a system that links climate change and human rights and provides for the protection of most vulnerable communities like migrants, and recognizes the rights of Indigenous peoples.

Mother Earth and her natural resources cannot sustain the consumption and production needs of this globalized modern industrialized society. We require a new system that addresses the needs of the majority and not of the few. To move in this direction, we need a redistribution of the wealth that is now controlled by the 1%. In turn, this requires a new definition of wellbeing and prosperity for all life on the planet under the limits and in recognition of the rights of our Mother Earth and Nature.

We urgently need to organize and mobilize in September in New York and the world to push for a process of transformation that can address the structural causes that are driving the climate crisis.